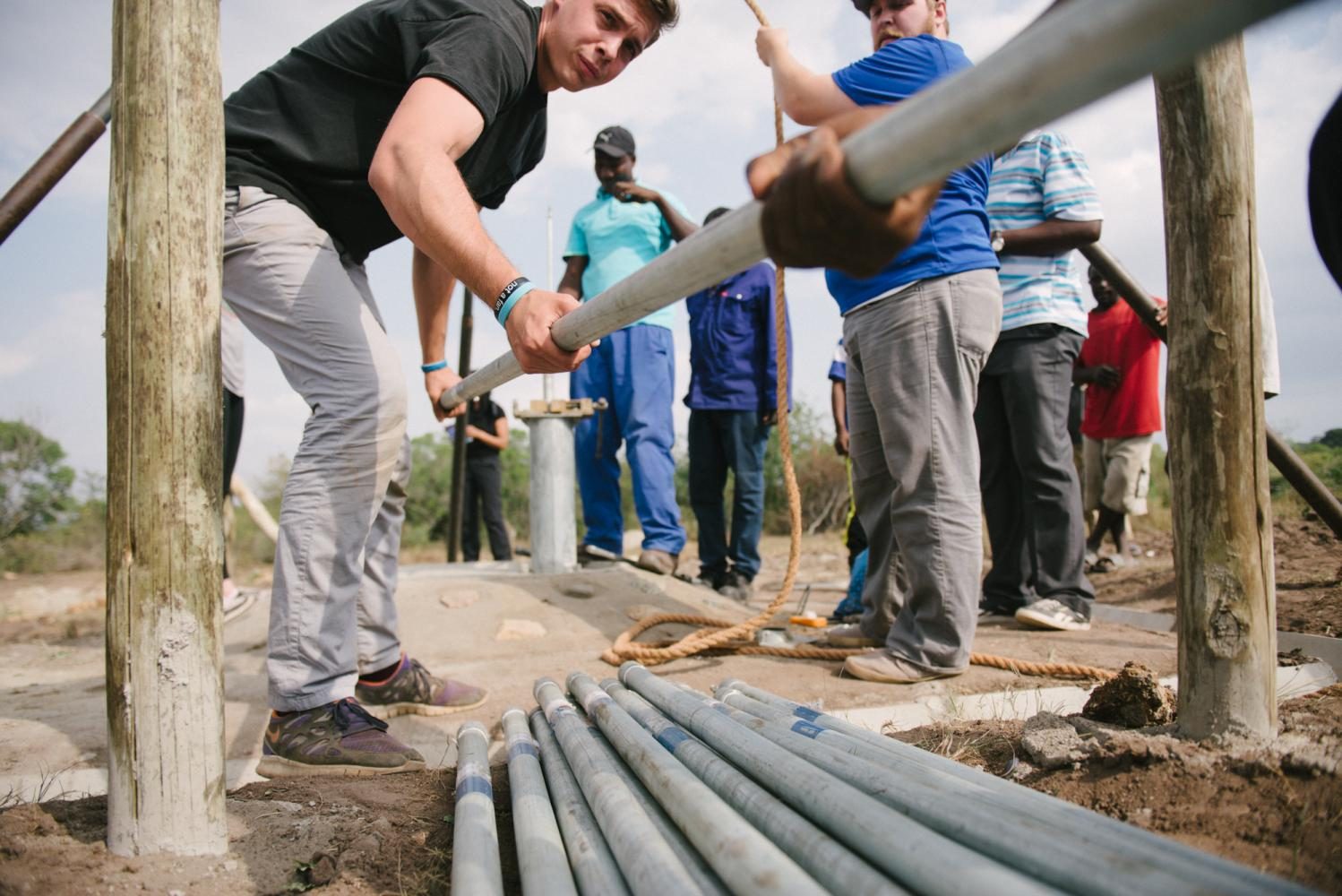 It’s a Monday morning, and Evan Wesley is already checking his calendar to see what calls, Skype sessions, and text messages he needs to send out to thousands of students he works with on a daily basis. While other students are burying their heads in graduate textbooks, this energetic twenty-five year old is traveling across the country, speaking to thousands of students about ending a crisis that kills more people than aids, malaria, and world violence combined: the global water crisis.

Evan Wesley, Director of Student Activation of the Thirst Project, travels all across America and the world with one purpose in mind: to end the global water crisis. The Thirst Project is the world’s largest youth water activism organization, with students from all across America fundraising money to build wells in developing countries. “Our goal is to end the global water crisis,” said Wesley. “We know that we are able to accomplish this goal by building a movement of students.”

It all started with a simple meeting and a cup of coffee that will change the world forever. Seth Maxwell, CEO of the Thirst Project, sat down with a friend who was a National Geographic photojournalist. Maxwell shared many photos and stories of children suffering from not having access to clean water.

“They weren’t random pictures of children suffering,” said Wesley. “Each picture had a story, each child had a name. The water crisis became very real, and very personal in that moment.”

On March 2008, Maxwell decided to take action on the global water crisis. After he gave presentations at two schools in Los Angeles, the students in those schools raised twelve thousand dollars  over the course of a few months. This was enough money to bring a community of five hundred people clean water for life.

“It was on that day they knew they had something,” said Wesley. “They wanted to to start an organization based on the power and potential of students. So they created the Thirst Project.”

Eight years ago the Thirst Project started off very small, with their representatives only speaking to approximately fifty schools a year. Today they are present to over three hundred schools per year, raising over eight million dollars, and providing clean water to over twenty-eight thousand people in thirteen different countries.

“I have spoken to over to seventy-five thousand students, and I have led multiple trips to Africa for students to see the impact of our work firsthand,” said Wesley. “We have raised more money for the Thirst Project than we ever have before.”

The global water crisis kills more people around the world than AIDs, malaria, and world violence combined. The water often times is full of parasites and diseases, which often leads to sickness and death.

“Swaziland had one of the worst droughts in history,” said Wesley. “Rates of cholera, dysentery, and schistosomiasis, were higher than they have ever been in recent history.”

Most community sources had dried up, including major river sources. Women and children had no choice but to walk even farther distances to fetch water sources that were shared by cattle,horses, and other villages. The water was full of deadly, toxic, waterborne bacteria and parasites.

“Death was rampant among villages, people were chronically vomiting, extremely dehydrated, and even urinating blood,” said Wesley. Wesley has traveled around the world, witnessing the suffering of women, children, and people suffering from lack of clean water.

“There was this older lady, around sixty years old, who walked two kilometers every single day to fetch water,” said Wesley. “Two members of her community and close family members have died recently, just from not having access to clean water.”

Wesley recalls the look that she had in her eyes, the suffering that you could see in that moment. “She looked pretty hopeless, like if help didn’t come soon, she knew she’d might come next,” said Wesley. “In her face you could see how the labor worn her out. She was incredibly small, malnourished, and unhealthy in every single aspect.”

However, in areas where the Thirst Project organization has helped build freshwater wells, Wesley has seen first hand the impact community villages had. “We have seen diseases drop ninety percent overnight,” said Wesley. “I’ve witnessed women who are now able to go to work and children who are able to go to school for the first time because they no longer had to walk six to eight hours a day to fetch water.”

To train a community village on how to maintain freshwater properly is an essential step toward ending the global water crisis, as well. The Thirst Project has W.A.S.H. programs, which train leaders of the developing community on sanitation, hygiene, and how to keep the water that they drink separate from the water that they wash with.

“We’ve seen disease reduction in community villages across the board,” said Wesley.“We’ve seen communities grow vegetables and fruits with their freshwater wells in their garden, something that they could never do before.”

In a small community village in Africa, there was a woman named Constance Pepo, who drank dirty water her entire life. As a result she had stomach issues because of it. Last fall, though, the Thirst Project built a well in her community.

“She was in her late fifties, and for the first time in her life she had no stomach pain,” said Wesley.

Students and celebrities have changed the world and their life in dedication to the Thirst Project. “The student body president of Arbor View High School, Harrison Kelly, heard about the Thirst Project in a five minute presentation,” said Wesley. “He rallied his entire school, and in the course of three months, he raised twenty four thousand dollars to build two freshwater wells in Swaziland. Harrison even ended up shaving his head, because his school reached their fundraising goal.”

“Drake Bell, from the show Drake and Josh, put two concerts for the Thirst Project at UC (University of California) Berkeley, raising over eight thousand dollars for clean water projects,” said Wesley. “I was able to co-host one of these concerts with Drake. He’s a good friend of the organization, and a long time supporter of the Thirst Project.”

Many students have become so passionate and moved by the Thirst Project, that they have decided to dedicate their lives to changing the world. “We have students, who after learning about our cause, decided to change their majors to international studies, to work at non-profits. Some even move to Los Angeles in hopes to work for the Thirst Project,” said Wesley.

Wesley and the Thirst Project have a very big mission: to provide the entire country of Swaziland access to clean water. “We were able to fly to Swaziland, and meet with the minister of natural resources to see if the goal is obtainable,” said Wesley. “After the assessment we found out that it would take fifty million dollars to provide the whole country of Swaziland access to clean water.”

Now the Thirst Project is setting a goal to raise fifty million dollars over the next decade, which would allow them to provide the entire country of Swaziland clean water. “After completing that goal, we want to show the world, and top funders such as United Nations, The Gates Foundation, etc.. that if we want to end poverty, it starts with the investment of clean water,” said Wesley.

“We know the only way we are able to accomplish this goal, is by building a movement of students across the country who know and care about ending the global water crisis.”