Superstitions can give athletes a competitive edge 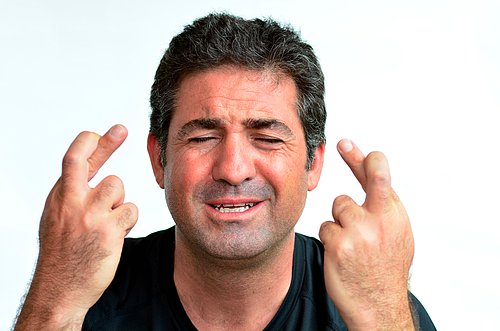 Don’t step on a crack or you’ll break your mother’s back! Oh no, where is my lucky headband? Whether you believe in this or not, many people still believe in superstitions, especially athletes.

On the day of a big competition, race or game, many athletes can be quite superstitious, some follow a certain routine.Ai?? They think it will help prepare them to be more successful in their event.

Do superstitions actually work? Some athletes definitely think so, while others think they are a bunch of hogwash. According to Runner’s World magazine, sports psychology experts say pre-race rituals decrease anxiety and even boost feel-good brain chemicals that really do enhance performance. Some research even suggests superstitious behaviors benefit athletes in high-pressure situations.

It really comes down to a mental game that athletes play and what works best for them. Mental mind games can give athletes confidence in themselves. TheyAi??sometimes blame bad performances on superstitions. This helps athletes cope with bad days because it helps them rationalize and recover from their poor performance.

Many professional athletes have shared superstitions with the world. For example, basketball legend Michael Jordan would always wear his University of North Carolina shorts under his NBA shorts, football player, Brian Urlacher eats two chocolate chip cookies before every game,Ai??basketball coach, Jerry Tarkanian, had to chew on a towel during games, basketball player, Caron Butler, used to drink several ounces of Mountain Dew before and during every game, and ice hokey coach, Patrick Roy, had full fledged conversations with his goal posts. Along with tennis player Serena Williams who ties her shoes a certain way, bounces the ball five times before her first serve, twice before her second, and wears the same pair of socks during a tournament, and basketball player, Jason Terry, goes to bed while wearing the shorts of the opposing team the night before every game.

As strange as these actions may seem, those athletes believe that these superstitions help them perform well.

ai???I have many, I foam roll my right leg, stretch, stretch my left leg then roll the left, take an ice bath, drink coconut water, and wake up the next day at 5:37Ai?? a.m.,” fellow runnerAi??Matthew Bodon, a senior, said.

ai???I have to juggle a ball 50 times without dropping it before every soccer game,” juniorAi??Emily Ai??Banashefski said.

ai???Before games I always tape both of my wrists, left wrist then the right, explainedAi?? junior Owen Christy. “I also always wear an arm sleeve on my right arm. I started wearing gym shorts underneath my baseball pants.ai???

ai???I have to wear the same headband, sports bra, spandex, sweatband, and do a handshake with my teammate Lia Parker Ai??for every game.ai??? junior field hockey playerAi??Josie Sweeney said.

ai???As weird as it sounds, I have lucky socks Iai??i??ve worn every race this cross country season,” juniorAi??Andre Green said.

Superstitions are certainly not for everyone, however the people that do follow them, do it religiously. So the next time you go to the competition, step on the line or the field, do not forget about your superstitious routine that will give you the competitive edge.