Sebastian Joseph to the L.A. Rams 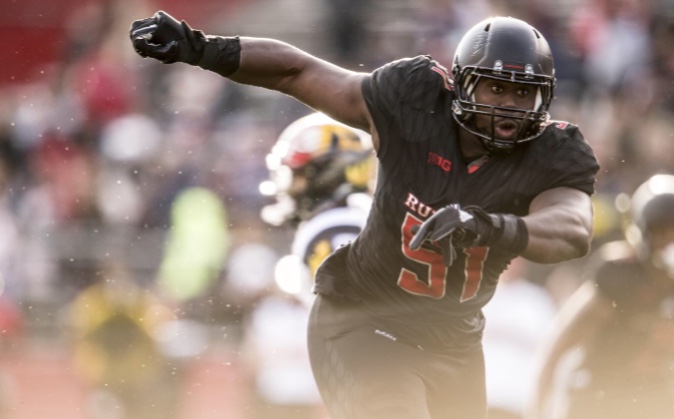 Every year, the National Football League holds an event where each team recruits new players to play for them, called the NFL draft. There are 32 NFL teams that get a pick in each of the 7 rounds of the draft. During the 2018 NFL draft that took place this week, in the 6th round, 195th pick overall, Sebastian Joseph was drafted by the Los Angeles Rams.

Joseph played varsity football for 3 years as a Mountaineer and graduated in 2013. “It’s not a surprise Joseph was drafted. One thing I remember was after summer workouts as a freshman, Joseph would go workout again, joining the upperclassmen. He has a tremendous work ethic,” commented Coach Miller, Josephs 7-9th grade football coach and 9-12th grade track and field coach. After graduating from Stroudsburg, Joseph went to continue his football career and to study at Rutgers.

While at Rutgers, Joseph was a three year starter and played in 49 straight games. Joseph recorded 35 tackles and 1.5 sacks his senior season. Not to mention Joseph is a 6-foot-4, 299-pound defensive tackle. Don’t get in his way!

Stroudsburg has had 2 other alumni drafted into the NFL: Chris Neild, and Artie Owens. Joseph is the third to follow.

In an article posted by the Pocono Record on April 30th Joseph commented, “Wow my dream came true. It’s such a blessing honestly.”.