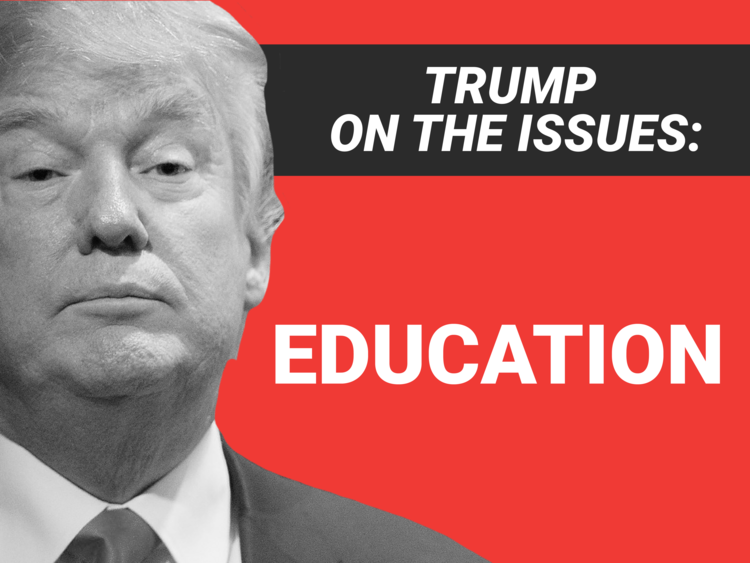 As of 2011, the United States has a record of 83 million students that consisted of ages pre-kindergarten to college level. That was a little over 1/4 of the whole population of the U.S.

As more children are instituted into America’s schools, that percentage grows. Therefore, their representation makes more of an impact.

President Donald Trump’s most recent educational activity has been the production of the educational budget. This budget increases the initiative for “school-choice” and decreases that of an already existing program. The Atlantic  wrote about the budget back in February after it was released.

“Discretionary spending by the Education Department would be cut by 5.3 percent, about $3.6 billion off a $63 billion pot. Two programs would see the steepest cuts: Title II—used in part to recruit and retain teachers and support principals—and the 21st Century Learning Centers block grants, which pay for enrichment programs during non-school hours, particularly in high-poverty communities.”

A common motif from Trump when asked about his advocacy for education is pro-choice. Education related pro-choice is the belief that students and parents should have the options and opportunities to choose what school they want to go to.

Mr. Tom Kurnas, an SHS social studies teacher, discusses these sort of topics almost daily. He advocates for the support of public education.

“What little I’ve heard come from the white house is about Betsy Devos and concerns her belief in charters and vouchers and other alternatives to public education. As someone who is in public education. Taking away funds is counterproductive. Not in the interest of public education,” said Kurnas.

With his opinion and small decisions in place, our school is still not greatly affected by his representation, but the taxpayers are. “If funds are siphoned, the local people’s burden is higher.”

There are still about 2 and half years with Trump as President. So far there aren’t many actions that have been enacted related to education. Whether or not this is a good thing is up to you. Comment your opinion down below.

If you want to keep up with the President’s term (or when it ends), go to: https://howlonguntiltrumpleaves.com/

For a more detailed impact of Trump’s educational acts, go to: https://www.washingtonpost.com/news/answer-sheet/wp/2018/01/31/the-one-thing-trump-said-about-education-policy-in-state-of-the-union-address/?noredirect=on&utm_term=.3ed4f95d9424