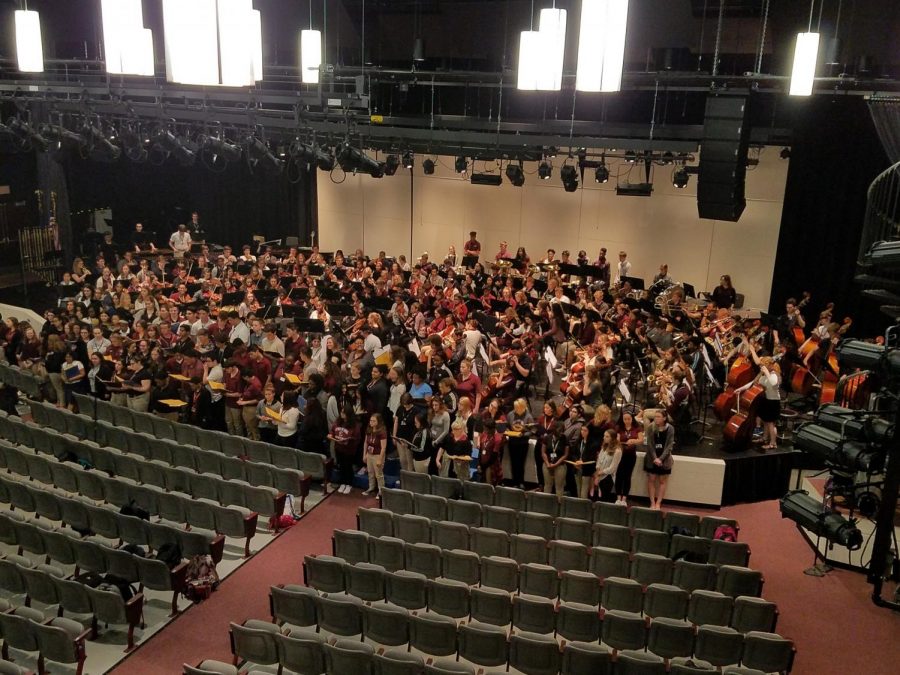 This year’s Hall of Fame Concert will be one to remember.  The concert is Friday, May 18 at 7:00 p.m. in the auditorium. They are inducting four new members into the Performing Arts Hall of Fame: Mr. David Cahn, Mr. Terry Flanagan, Mrs. Susan Jordan and Mr. Jason Throne.

“This concert has short performances by the bands, orchestras and concert choir, an induction ceremony for the Hall of Fame nominees,” said Ms. Lisa Rogers, orchestra director.

This year they will be performing composition composed and directed by junior Katie Rubino as well as an arrangement of music from The Greatest Showman by Mr. Ben Pritchard, junior high band teacher.

“There are approximately 300 students involved in this production and the organization of the event is always monumental,” said Rogers.

The skills and hard work of band director Mr. Harold Cassady, chorus director Ms. Janice Lee, and Rogers are required to pull this magnificent event together.