What students wear – is the dress code policy effective? 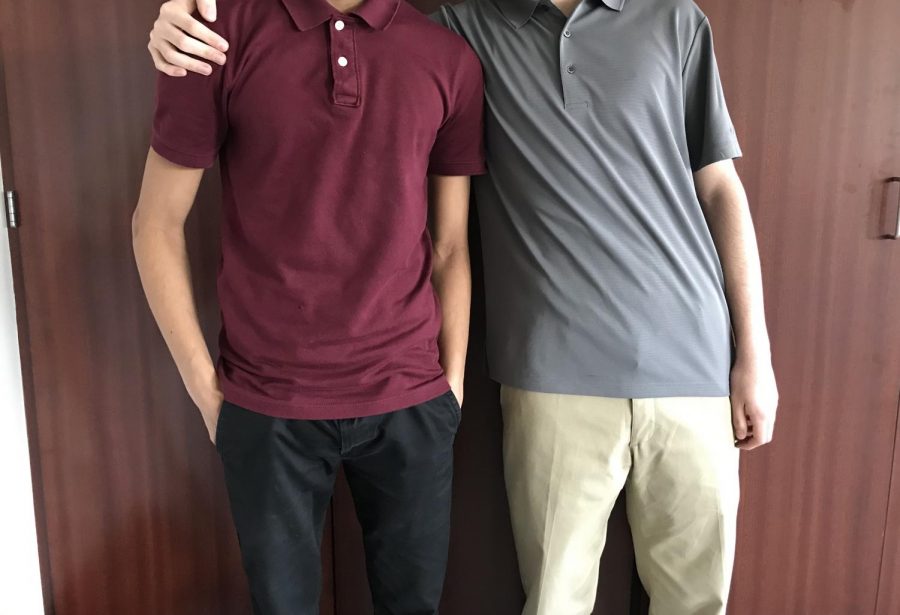 Imagine for all 180 days of the school year that you, as well as your classmates, must wear school-approved polos and pants without incorporating your own style. How would you like that thought?

There’s no denying that the dress code policy for the SASD has been a widely discussed topic for many years since its implementation in 2005. While some students are open and accepting of the dress code, many others to this day still express their disdain taste for the apparel.

Today I ask and express – how effective has the dress code policy been for Stroudsburg High School? What are the advantages and disadvantages of the policy, and how is the student body responding to it?

Let’s take a look at some history at where the dress code policy came from, and the pros and cons at how they are affecting schools. Back in 1996, President William Clinton instructed the Federal Education Department to distribute methods to over 16,000 school districts in the U.S. to enforce a dress code.

Clinton stated: “If it means that teenagers will stop killing each other over designer jackets, then our public schools should be able to require their students to require school uniforms.”

Ever since then, for both public and various other religious schools, a school uniform policy was formed, with more schools jumping on board. It is estimated by the National Center for Educational Statistics that 54% of schools of the United States now enforce a strict dress code.

Since that time, there have been a lot of positive aspects and problems spawning from this. According to a study conducted by the Fresno Pacific University, safety is one of the big reasons for the dress code being implemented; many educators believe that the effectiveness of this will boost a positive, educational environment.

The codes were established and became successful across districts such as Florida, Philadelphia, and New York. The New York Police Department even stated that as a result of the uniform policy, about 14.7% of crime has gone down in NYC and around NYC schools.

One concern some people have is that a dress code policy takes away their freedom of expression.  These students are concerned about just how far some school districts are allowed to go in terms of banning and limiting freedom of expression. It is reported on Findlaw.com that schools must also ban religious clothing and accessories, such as tribal clothing, cross necklaces, etc.

However, there are others that express that the dress code teaches students that all places have uniform workplace expectations, and in some cases, have improved the atmosphere of certain communities.

“We are often told that when our students come in for job interviews in our town, they know how to dress appropriately,” said principal Jeffery Sodl. “As a result, they have a sense of confidence when they interview, and community owners believe the behavior is different with Stroudsburg than compared to others schools.”

On the other side of the spectrum, some parents also struggle with the dress code. According to a study done by Money Management International, parents plan to spend more than $200 per child on back-to-school shopping, with 9% of parents even spending more than $400 per child. For parents in a struggling household, these expenses can be an added stress to a financially strapped family.

Now where does the SASD fall into in terms of dress code policy? I interviewed multiple students and graduates, and each one of them had a stance on where they stand with the policy as a whole.

Some students have reported that the dress code has been inefficient and strict in terms of supporting official school clothing. “We can’t wear hoodies and and sweatpants,” said 8th grader Jarod Ruhl. “They say NO to hoodies, yet sell them in the school store. But they also have “special” dress down days for that, and it makes no sense.”

Others have disliked the policy, but soon warmed up to it. “At first, I hated it and saw it as the schools were taking our right for personal expression,” said junior Ivana Karataseva. “But the truth is, I have no idea what I would do without it, especially in the morning. And I know I’m not the only one that the dress code came in handy when you wake up 20 minutes before you have to catch a bus.”

Even graduates who have gone through the transition of dress codes voiced their feelings. Some were positive, while others expressed their dislike for the policy.

“Being a recent graduate of the school, I wasn’t a giant fan of the school dress code,” said graduate Yomi Ayomiro. “However, I see the rationale behind it: by having students adhere to a specific color scheme, it portrays a more unified picture of the school. It provides a more professional atmosphere.”

“I’ve never been too fond of the dress code, I always thought that maybe it could be a little more lenient and not as strict so students could express themselves a little more while at school,” said graduate Kayla Johnson. “When you think about it, students spend a lot of time at school, so they should be able to express themselves where they spend most of their time.”

In terms of administration, Sodl expressed his overall thoughts on the policy since its inception. “It’s been effective in a number of ways,” Sodl said. “One way is that it significantly cuts down on a number of discipline referrals. There was a 30% reduction in referrals; you dress for success, you’re going to meet expectations in the classroom. We also saw an increase in school pride, self pride, and academic pride.”

In my own opinion, the dress code does limit student creativity, so students must use their imagination to show off their unique sense of style. Everyone in the world, whether young or old, has the ability to express their creative outlet, whether that be fashion, art, music, etc. There are still ways students can express themselves; for instance, many students in the school wear creative pins made by other students to show off their taste for other media.

Here are a couple of websites to take into account when others form their own opinion on the dress codes.

Back to back spending strains family budgets