No longer in touch with nature 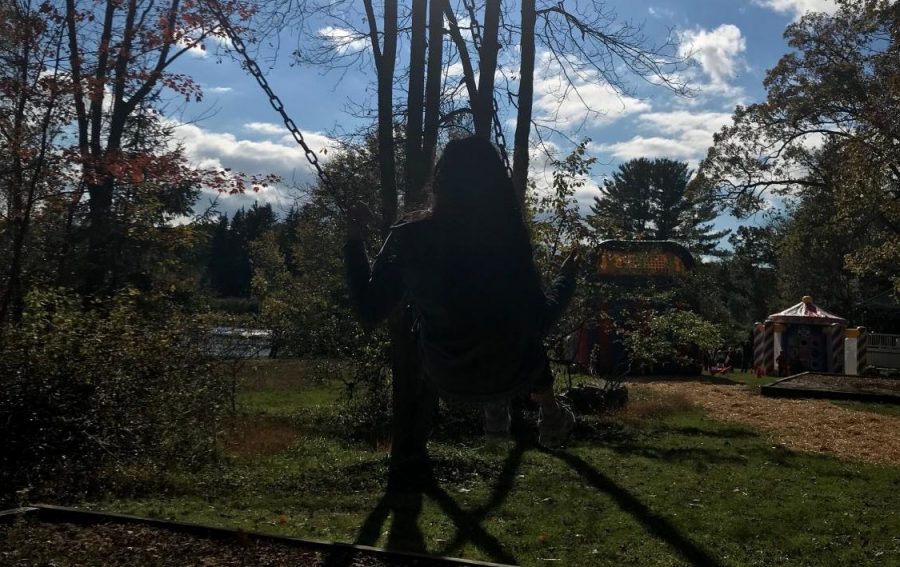 A girl sitting on a bench, admiring the beautiful nature of the Poconos.

Going outside and playing has always been an important part of all of our childhoods. Unfortunately, that reality is changing. In 2019, fewer and fewer kids spend time outdoors.  There are many reasons for this frightening phenomenon.  Students face piles of responsibilities such as homework, after-school jobs, clubs, sports, and the biggest culprit: technology.

The bottom line is that going outside has become less of a priority for students.

“I think the amount of time people spend outside is decreasing since people are always busy with work or school,” said sophomore Amber Pintarich.

Technology has grown throughout the years, becoming more popular among kids and teens. Video games, Instagram and more can easily make one lose track of time.

Research has shown that teenagers are on some sort of technology for a staggering six to nine hours per day.

Instead of spending so much time on these devices and games, teens could simply spend an hour per day outside. Studies show that this is very beneficial.

“People have more entertainment indoors, playing video games, being on their phone, watching TV, etc.,” said junior Michael Antal. “When my parents were kids they spent more time outdoors because there just wasn’t a lot to do indoors.”

A survey was conducted by DJ Case and Associates which involved 12,000 children and adults in the United States. Parents in the survey said that their children spend three times as many hours on electronics each week as they do outside.

There are many benefits to going outside. It is important to put going outdoors on a priority list because not only is it good for one’s physical health, but it also improves a person’s mental health. It also helps people emotionally in numerous ways.

The health benefits of going outside are that it gives people the daily exercise they need and helps to keep their blood pressure and stress lower. The sun provides people with more Vitamin D, and natural light is also shown to help one’s concentration, mood, and alertness.

Senior study author Sara Warber, M.D, stated, “Our findings suggest that something as simple as joining an outdoor walking group may not only improve someone’s daily positive emotions but may also contribute a non-pharmacological approach to serious conditions like depression.”

There are many fun ways to go outside such or as hanging out with friends, playing sports, or the occasional nature hike. By doing this, people can go outside and enjoy the beauty of nature while also helping their physical and mental health.

“I think it’s important to go outside because it gives a person the chance to ‘run wild’. Whether it’s someone using their imagination, being more active, or enjoying the outdoors,” said sophomore Samantha Piccione. “Going outside gets people’s heads out of their phones and into the world around them.”

It is important that our generation doesn’t lose the love of enjoying the outdoors. It is something so beautiful that everyone has the opportunity to experience.

Located below are links to various hiking opportunities in the Poconos.