Why do we love a good scare? 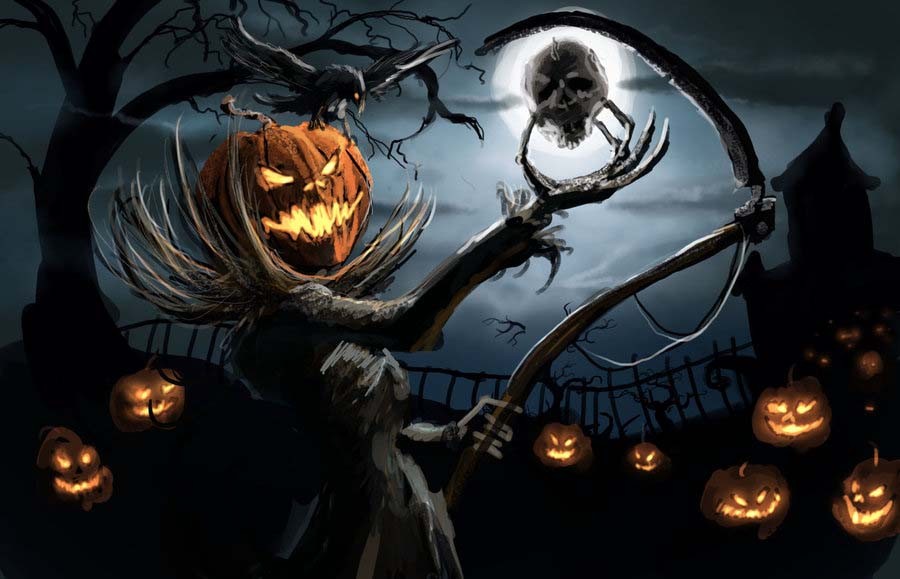 The slow, creaking of a door. A dark room, with blood splattered walls. Shrieking women with missing limbs. These are all shocking images which often intrigue people. What is it about horrifying sights that have people dying with curiosity, making them enjoy the feeling of terror, and the suspense of whatai??i??s going to happen next?

Movies and video games continue to be created under the horror genre. Slenderman, a horror video game, was created in 2009 and became a huge success, being played by many teenagers. Ai??Players had to collect items in the woods, while being chased by a faceless man. In 2014, the survival horror video game Five Nights At Freddyai??i??s was created, and many teens became hooked. After the first version, three more were created to keep players scared with entertainment.

ai???I was addicted to playing Slenderman, but it terrified me!ai??? said senior Alivia Lodi. Ai??Like many other teens who love to be scared, Lodi was at a loss to explain why she enjoyed playing a game, which unnerved her to the core.

Ai??Ai??Ai??Ai??Ai??Ai??Ai?? With Halloween right around the creaky corner, many people are excited about watching scary movies, tip-toeing through haunted houses, as well as seeking other spine-chilling thrills

How can this be? Ai??Senior Lexi Meisse provides her explanation.

ai???People are most shocked by seeing things that could happen in real life, and could actually happen to you any day,ai??? Meisse said. She recalled being terror-stricken after watching the horror movie Poltergeist. ai???After watching Poltergeist, every time static would appear on the television screen, Iai??i??d be scared.ai??? Ai??she added.

These students are among the many who are attempting to explain their love for the thrill of terror. Horror films continue to grow in popularity. According to the media measurement firm Rentrak, in 2013, these movies made an income which was 73% more than than the income they made in 2011. One explanation is that horror movies of today involve a greater intensity of sound, motion pictures, and are arranged in more elaborate ways compared to 1980s slasher films.

Horror films often involve a prop throughout which scares the audience. One of the most common and effective is the mirror.

Another senior, Madison Seixas, claims her favorite scary movie to be The Shining.

Some people enjoy being exposed to sensations that are different than normal, everyday feelings. Many sensations such as an adrenaline rush or a racing heart occur while being frightened. There can be a great satisfaction after going through a haunted house or watching something terrifying, and in saying you have made it through the terror.

ai???Your body knows you are getting enjoyment out of being scared, but in a safe way,ai??? said Morris.

Some people just seek and adore danger. Horror films and haunted houses produce feelings of danger, while viewers or participants know deep down they are, in fact, safe. Halloween activities provide a safe environment for children, teens, and adults to explore feelings of fear. Ai??

SHS junior Kameron Treible ai???enjoys the tension and atmosphereai??? of horror movies. He believes that people love being frightened due to ai???a certain visceral thrill of being terrified.ai???

Horror can definitely create irregular and exciting feelings. Whether itai??i??s a scary movie, a haunted house, or a spooky game, the bottom line is a lot of people love the thrill of being frightened!