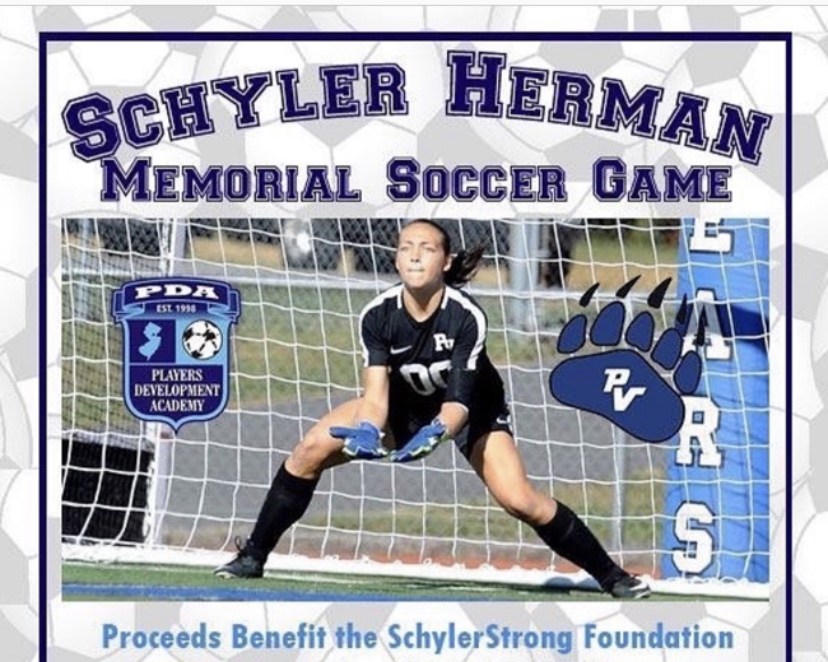 Competitive, humorous , kind, and compassionate. This is how Schyler Herman was described by her teammates.

On June 6, 2019 Pleasant Valley High School hosted a memorial game for Schyler Herman, in which the proceeds benefited the Schyler Strong Foundation, and where her jersey number was retired.

Schyler Herman recently passed away in October 2018, after battling cancer. She was an amazing person as well as an astounding soccer player.

Schyler was a sophomore at Pleasant Valley High School and played for their Lady Bears Varsity soccer team, as well as PV basketball and volleyball. Herman was well known for her skills as a goalkeeper and her number: Double Zero (00).

It was a great turnout that included classmates, friends, past teammates, and more.

“It was a fun game and I’m glad we did it,” said Autumn Castro, a Pleasant Valley freshman. “It was amazing to see the stands full of people from around the area and watch them support Schyler. Schyler was such a positive person for everything  and never failed to put a smile on anyone’s face.”

There were two co-ed teams playing against each other — one orange and the other black. Their shirts consisted of Schyler’s infamous number 00 and #schylerstrong. The game ended in a 4-4 tie.

“It meant so much to be on the field playing in memory of Schyler,” said Pleasant Valley sophomore Aurora Cruci. “She tried her hardest at every game and felt such pride when doing so, and I really idolize that.”

Schyler Herman will always be remembered in the hearts of many for her amazing personality and the light she shed on people’s lives.