Students encouraged to sign ally pledge during lunch this week 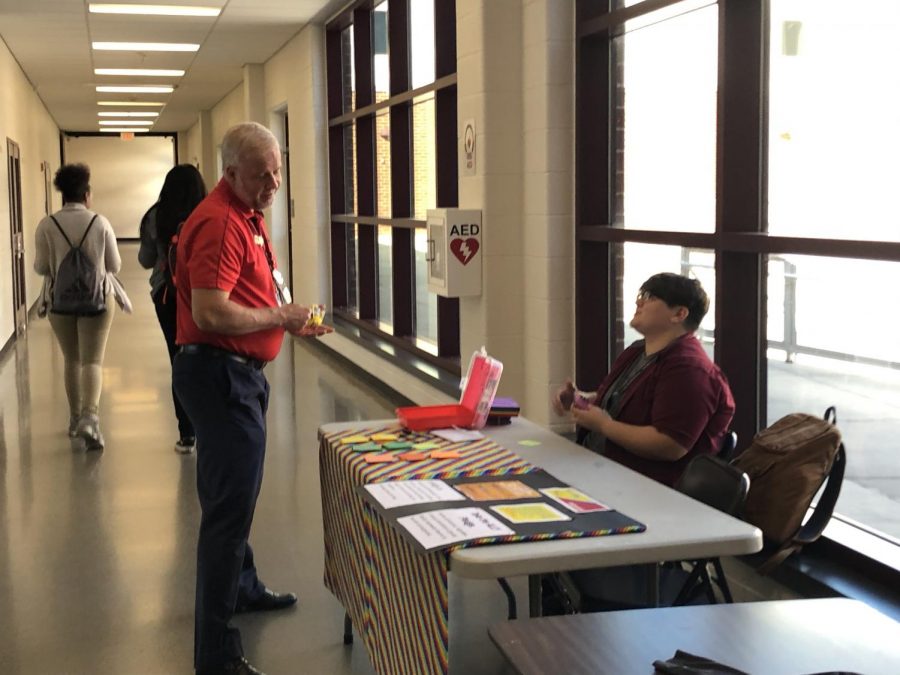 A teacher signs the ally pledge

Ally Week is a national student-led effort where students are encouraged to become allies of the LGBTQ+ community. This year, Ally Week is September 23-27.

The idea for Ally Week began in 2005, when members of GLSEN (Gay, Lesbian & Straight Education Network) came up with the idea to encourage allies to help support and ensure a safe place for LGBTQ+ students. GLSEN.org states “Allyship is not performative, it’s action-oriented.”

The Diversity Council and Gay-Straight Alliance is asking students to sign the ally pledge, which will be used as a form of a “contract” to help prevent anti-LGBTQ+ language and slurs.

Students can go to the tables in front of the cafeteria to read and sign the ally pledge, and help create a rainbow of allies!