People must become more aware and take care of the planet 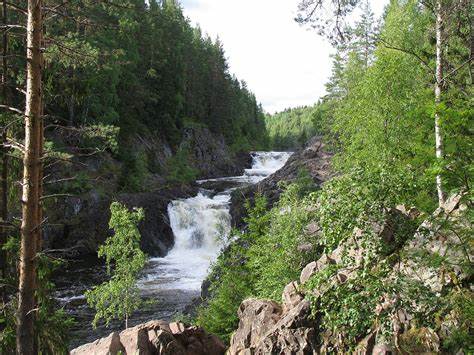 A beautiful nature scene showing a waterfall and trees.

Imagine walking on a breezy beach in New Jersey, the beautiful sun setting, and giant patches of garbage patches slowly floating to shore.

The environment is one of the most important aspects of one’s daily life. Without it, people would have trouble staying alive. Even so, many people trash it, producing poisonous toxins that damage the earth.

Pennsylvania has beautiful sights to see, and they are directly tied to the state’s economy. People of all kinds love to go fishing, take hikes down nature trails, and relax out out on gorgeous lakes and rivers. This is because Pennsylvania has some of the freshest water in the country.

“There are 80,000 miles of streams in Pennsylvania and most of those streams go unaddressed because our state’s commissions don’t have enough biologists to assess them,” said environmental activist Ms. Emily Baldauff. “It’s important that they get assessed because then we will know which streams are high-quality and exceptional value.”

When rivers are polluted, the economy is negatively affected. It should also be mentioned that many animals live in those rivers and depend on their quality to survive.

There are many unique animals in Pennsylvania because they are able to flourish in their special habitats. However, people are destroying these habitats and leaving these animals homeless.

“Pennsylvania was known for having huge bogs, but now they’re draining bogs, which destroys habitats for many animals,” said junior Ally Craig.

Single-use plastics are among the worst polluters on the planet. In the United States, people only recycle 25% of their plastics. The rest is dumped in landfills or even worse, it’s the litter that can be found on the ground. However, many people have been advocating for single-use plastic restrictions and pushing for taxing certain plastics. A good example would be taxing straws. Pennsylvania does not tax any single-use plastic, which causes many places to continue using these plastics.  Not only that, but they also do not dispose of them correctly.

Many stores continue to use plastic bags, even though they know it would be more beneficial to use paper bags.

New plastics are always being created just like energy, but both of their existences are harmful to the environment. Creating energy that is econ-friendly is an easy feat to accomplish, but somehow people do not always accomplish it.

“Three Mile Island, that had no emissions, was recently closed down and is being replaced by coal power plants,” said science teacher Ms. Cheri West said.

The small number of people who use solar panels or wind power to power their homes say that right now there is no incentive to use renewable energy.  They say it is simpler and more sensible to use energy from a plant near them.

One of the biggest gas polluters are cars, which contribute to one-third of all air pollution. There are many ways to make improvements regarding cars.

For example, electrical cars and eco-friendly cars are now on the market. These cars would reduce pollution heavily, however, many people do not want to get an electric car because it is less practical. Charging an electric car can take hours, and the batteries need to be replaced too often.

Even so, it’s currently cheaper to charge an electric car than gas up a normal or eco-friendly car. That is why some people have one of each kind of vehicle.

Humans are not the only animals on the planet that are hurting our environment. Cows are one of the biggest examples. A single cow produces 70-120 kilograms of methane a year. It doesn’t sound like a lot until one realizes that there are approximately a billion cows on earth. Another animal hurting the environment is the lanternfly, which destroys plant life wherever it goes.

So what can people do to prevent more people from damaging the environment at this rate? A simple solution is fewer people, which means having fewer children.

“It would be helpful if families were limited to having 0-2 kids,” said AP environmental teacher Mr. David Hakim. “Having less kids would solve a lot of earth’s problems right now because we require more land due to us having to require more food.”

Hakim emphasized that the less land people need, the less deforestation and urbanization will happen.

Another thing one can do is to purchase a hybrid or electric car.

Ultimately, the best way to decrease the amount of pollution produced is to teach children at a young age how to recycle and how to stay eco-friendly.