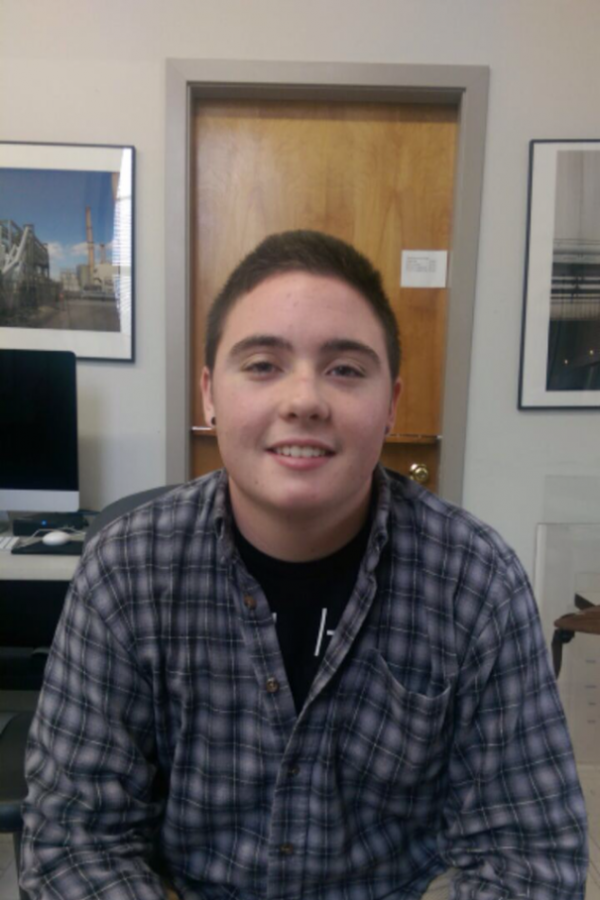 Emmett Taylor is a transgender male who graduated last year from Stroudsburg High School and has undergone testosterone shots since July.

ai???I knew a majority of my life that something wasnai??i??t exactly correct. Around the age of 15 or 16, my sophomore year, I finally accepted the fact that I was in the wrong body,ai??? said Taylor. He describes being transgender as something he was born with instead of ai???becoming transgendered.ai???

While he attended high school, the majority of transphobia actually came from adults rather than students.

ai???Iai??i??ve had parents of friends of mine purposely misgender me just because they found out that I was trans. Overall though, I find that so many people are supportive of me. … I was expecting a lot of really bad negativity when I came out, but I actually experienced so much support and love that it was really a pretty positive experience.ai???

The Gay-Straight Alliance club supports students who struggle with coming out as gay or transgender as well as other struggles that students face daily.

ai???I suggest that people donai??i??t feel pressured to conform to societyai??i??s perception of gender. There is not a ai???right or wrongai??i?? way to present yourself. Anyone can present however they want,ai??? said Taylor.

He had advice to anyone afraid to come out.

ai???If you had told me that things would be this much different and I would be this much happier in such a short amount of time, I wouldai??i??ve laughed at you,ai??? he said. ai???But Iai??i??m serious when I say things get better, ’cause they do. Donai??i??t give up even when youai??i??re at your lowest.ai???

Anyone seeking support or with questions about orientation or gender identity/gender presentation could attend a Gay-Straight Alliance meeting, or could form an alliance at their own school