Junior Rachel Sroka is also president of her 4H club 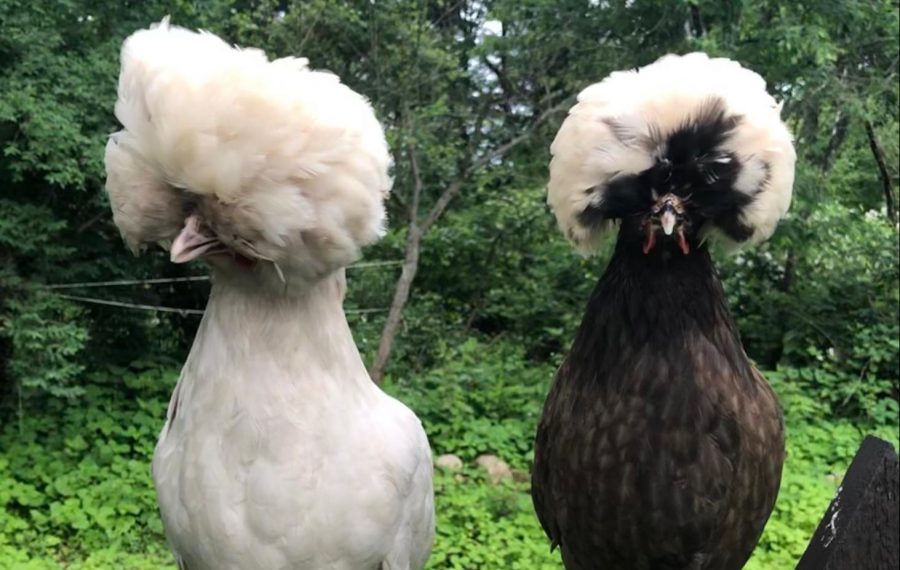 Not one! Not two! Three Grand Champion chickens.

The West End Fair holds animal shows every year that showcases prized animals that meet certain guidelines. SHS’s very own Rachel Sroka, a junior, is a three-time Grand Champion winner and Reserve Grand Champion winner. Sroka has been a part of the West End Fair’s show for years now, and is considered a veteran. Her chickens have also won 37 first-place awards. They went from a value of around $40 to $300. Sroka is also the president of her 4H Club known as Eggs and Ears, featuring owners of prized chickens and rabbits.

It’s a lifestyle that can be very time-consuming. Many breeders take months to perfect their chicken for show.

“It takes a lot of work to prepare them for show, usually months in advance to start preparing,” said Sroka. “You need to have a good relationship with all of the birds. I have to bathe them, clip their nails, trim feathers that could be disqualified, and, as previously mentioned, build a good relationship.”

Guidelines must be strictly followed or competitors can be disqualified.

“Chickens must meet the standard of perfection. [There’s]…a book that each breed should follow,” said Sroka. “For example, a Silkie Chicken should have five toes, and polish chickens should have a slim body and a long tail.”

Sroka attends other poultry shows, but her main event is the West End Fair, where many prepare for the show for months as well as pick selective breeds made for show. Each show has its own specific guidelines that must be followed very carefully.

Below is a gallery of Sroka’s award-winning chickens.