Check out who made the cut and meet the cast below 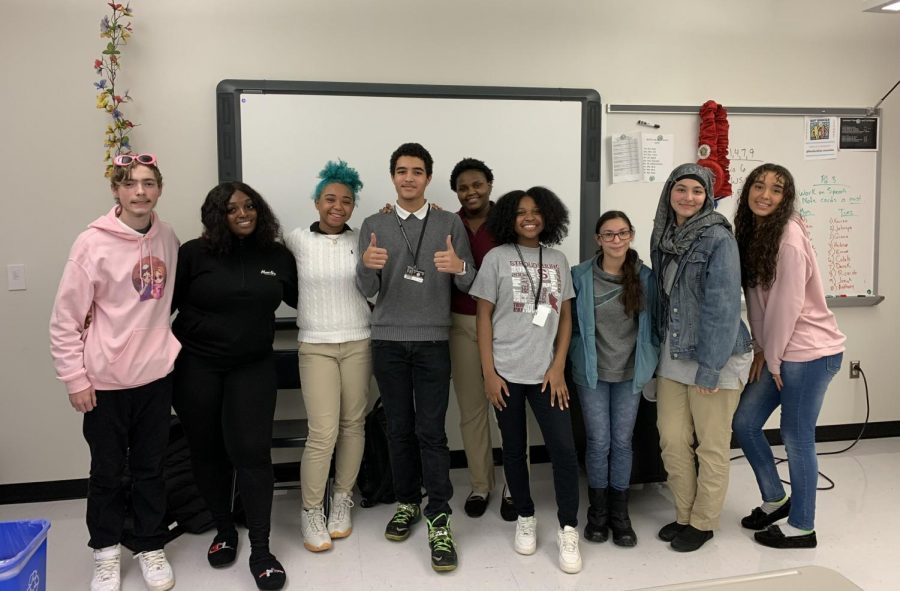 Meet The New Members To Locked In! (Not all new members are in the photo)

The auditions for Locked In was a success!

Auditions were recently held for a TV series that has been co-written by SHS senior Tyler Stone and 2019 Graduate Naomi Spires-Nevarez. The show itself is based off a play that Stone wrote last year also by the same title, which was based on a school lockdown.

In total, 30 people auditioned, which is absolutely amazing considering the tryouts were announced only a month ago.

Tough decisions had to be made with all of the talent that auditioned. The  casting directors, SHS seniors Tyler Stone and Jevon Brown, 2019 Graduate Naomi Spires-Nevarez, and English/drama teacher Ms. Jennifer Batt believe that they have chosen the best people for each role.

After intense tryouts and much deliberation, the results are in. The following students have been chosen for the cast.

The organizers are excited to begin working with all of these amazing people and would like to give a huge thank you to all of those who did audition but didn’t make the cut.

Now the cast begins working, filming and preparing for their pitch, and as always the members will keep everybody up-to-date on the show’s progress, as well as the production date.

Check out the full cast below, and make sure to leave a comment if you’re excited to see Locked In.