Learn more about the swim team by attending an informal practice 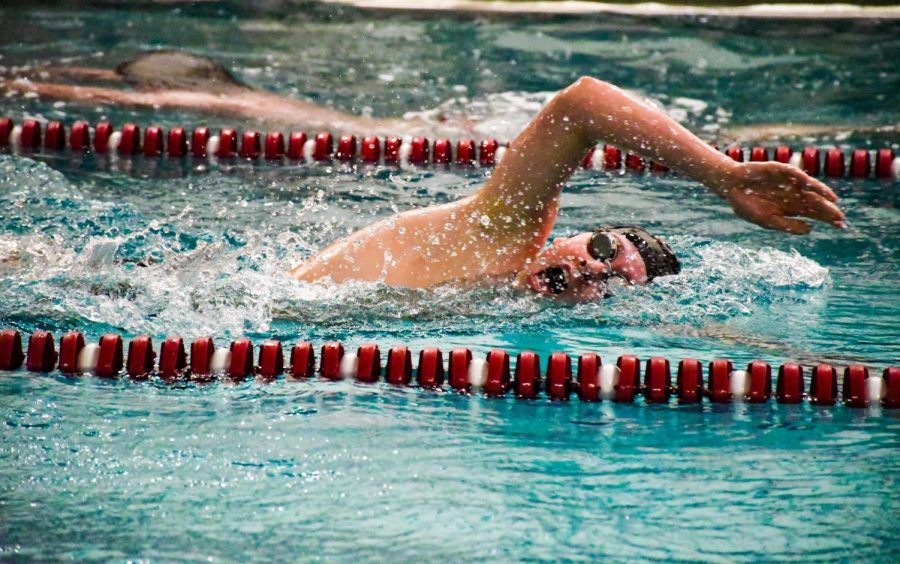 Stroudsburg swimmer at a meet.

The 2019-2020 swim team is preparing for they hope will be an amazing season.

“Our goal for this year is to have a successful season by winning as many meets as possible on the girls and boys teams, as well as having numerous district qualifiers to represent our school at the end of the season,” said captain Hannah Persaud, a senior.

“If someone is interested in joining the swim team, they should contact any current swimmers for information and stop into a practice to talk to coaches about joining,” Persaud said.

Head coach Mr. Alex Counterman is confident that the team will do well this year.

“Lessons we’ve learned from last season are that we have what it takes to compete against the bigger teams in the EPC,” Counterman said. “We’ve swum against these teams since before the EPC merger, when we were the Mountain Valley Conference and the Lehigh Valley Conference, and have always struggled in competition with some of these schools.”

The team’s motto is “Leave today a better swimmer than you were yesterday. It puts the swimmers in a mindset with an emphasis on getting better,” Counterman said. “There is always something to work on, always something that can be done better.”

Counterman hopes that the team builds on the progress they made last season.

“Last year we had a fairly successful season and saw a lot of improvement among the entire team,” said Counterman.  The team has continued to fine tune what they need to work on this year.

“In the past we have focused on technique, endurance, and skills in the pool, but lacked a focus on strength, which is also an important aspect in swimming,” Counterman said. “We have implemented a dry land regimen that has boosted our performance, helping us stack up better against the stronger teams in the EPC.”

This year’s team is focusing on technical swimming.

“We continue to focus on technical swimming as we get stronger, so that when we have the opportunity to race other teams, we can count on each swimmer giving their best performance,” said Counterman.