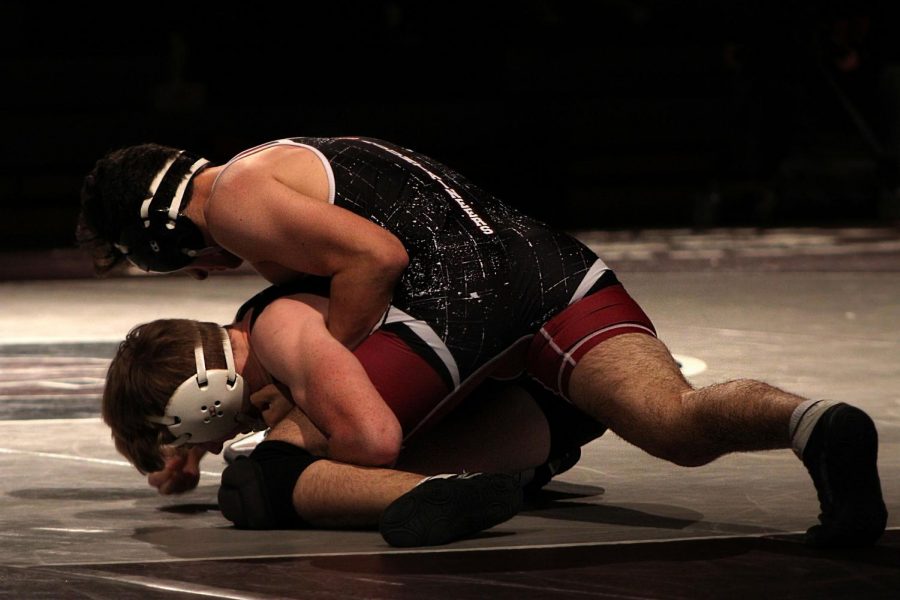 Stroudsburg wrestlers at one of their matches.

The acclaimed Stroudsburg wrestling team is having another successful season. Currently, their record is 12-5.

“I think we have a good shot at going to districts and destroying,” said senior Albin Deda.

Head coach Mr. Sean Richmond believes in his team, but is trying to make sure that they do not get too ahead of themselves.

“We’re following one of our best seasons, so there are high expectations, especially since we’re having high competition as we get into the EPC’s.” said Richmond.

Deda and his teammates trained hard in the off-season and have continued to do their best to improve at each meet.  They want to live up to their own expectations and to their coach’s, as well.

“I want to get the team in the top 8,” said senior Patrick Noonan. “We lost a lot of seniors last year, but I think we can definitely take top 8 in the EPC’s,” he added.

On a personal level, after being a district finalist and regional champion last year, Noonan wants to win the state title. He thinks that it’s all mental strength, something which he has been improving since childhood.

“In first grade, my friend told me to join, and I thought it was gonna be WWE wrestling and when I went to the first practice it definitely wasn’t what I expected,” said Noonan. “I actually thought about quitting in third grade, but my dad told me that I can quit when I’m good, because the only reason I want to quit right now is because I’m getting smacked around.” said Noonan.

The team has several members with potential to perform well at states, each of them trying to improve everything they can to give them an advantage.

“Last year I took 3rd at the state tournament, and this year I’m just working harder on the small things such as positioning.” said junior Lenny Pinto.

Their hard work and determination has brought the team closer together.

“The team has a very strong bond, like a family. We are always there to help each other, through thick and thin,” said Deda.

If you would like to show your support for the wrestling team, you can go to any of their meets and cheer them on! For more info on each meet, you can either check the Mountaineer’s weekly sports section or the Mountaineers Athletics website.