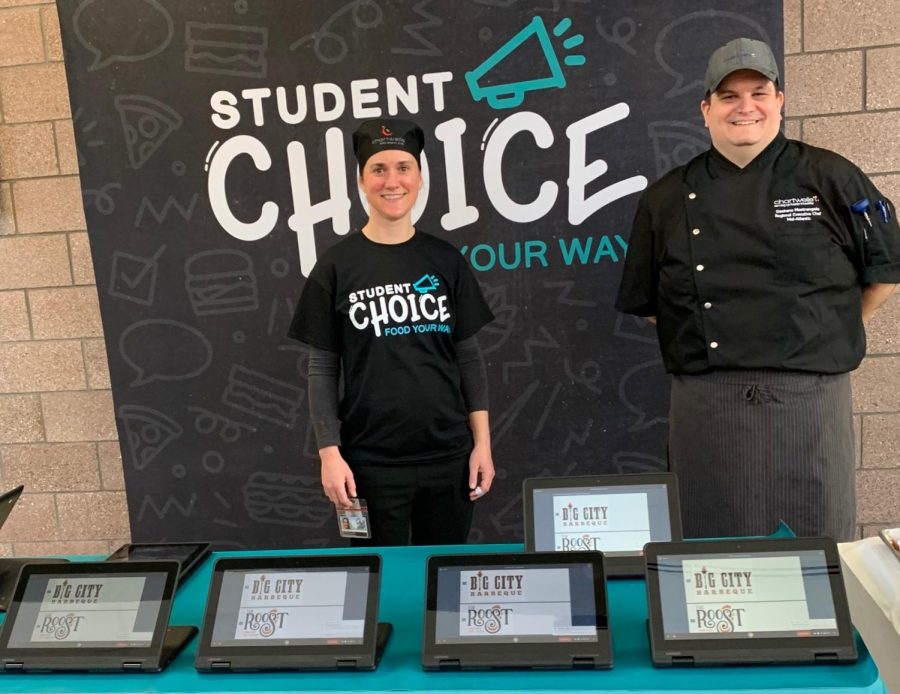 One of the biggest complaints from the student body of many high schools around the country is the limited number of choices in the cafeteria.

School lunch options around the country have evolved greatly within the past 10 years (such as the Healthy, Hunger-Free Kids Act of 2010) and will continue to change to fit the needs of students and schools.

The Stroudsburg Area School district operates its lunch under Chartwells School Dining Service. With their slogan of “eat, learn, live,” Chartwells vows to produce healthy and safe meals to children around the country.  The organization has always been committed to offering a variety of choices, and the future looks even brighter.

Chartwells has heard the suggestions of some students and has recently implemented a program to address them. Ms. Nancy Franks, the Chartwells Superviser for SASD, has introduced a nationwide event to SHS. Her goal is to learn more about what the students want to see in their cafeteria, so Chartwell’s can offer as many appealing options as possible.

The new program is called the “Student Choice Event.” and the first event was held on Wednesday, January 15.  In the cafeteria, a special table was set up with two food samples for the students to taste.

“These are being held all around the country and it gives us the opportunity to understand the needs of the student,” Franks said.  She also plans on meeting with the student council again to discuss any other suggestions that they might have for lunches.

The table had small cups of pulled pork on one side, and buffalo chicken nuggets on the other. At the end of the table there were chrome books set up for students to choose their favorite out of the two. On the opposite side of the cafeteria, students were able to watch the live poll projected on a pull-down screen. At the end of the last lunch period a decision was rendered. The fan-favorite of students who voted was the pulled pork with chipotle citrus BBQ sauce.

“The premise is to give our students some say in what they eat. I think it’s a great idea,” said principal Mr. Jeffrey Sodl.

The cafeteria plans on holding another Student Choice Event later in the spring. The process is simple, choose from a selection of different cuisines, and offer them to the students. Leftover food can be then used the next day for lunch.

“They have an Indian themed meal, Asian, and many other concepts that can be cooked in a school cafeteria,” said Franks.

The hope is that Chartwells, with support from the SHS administration, can offer lunch options that will appeal to practically all students.

Find school lunch menus at the link below: