The Matrix 4: What should we expect? 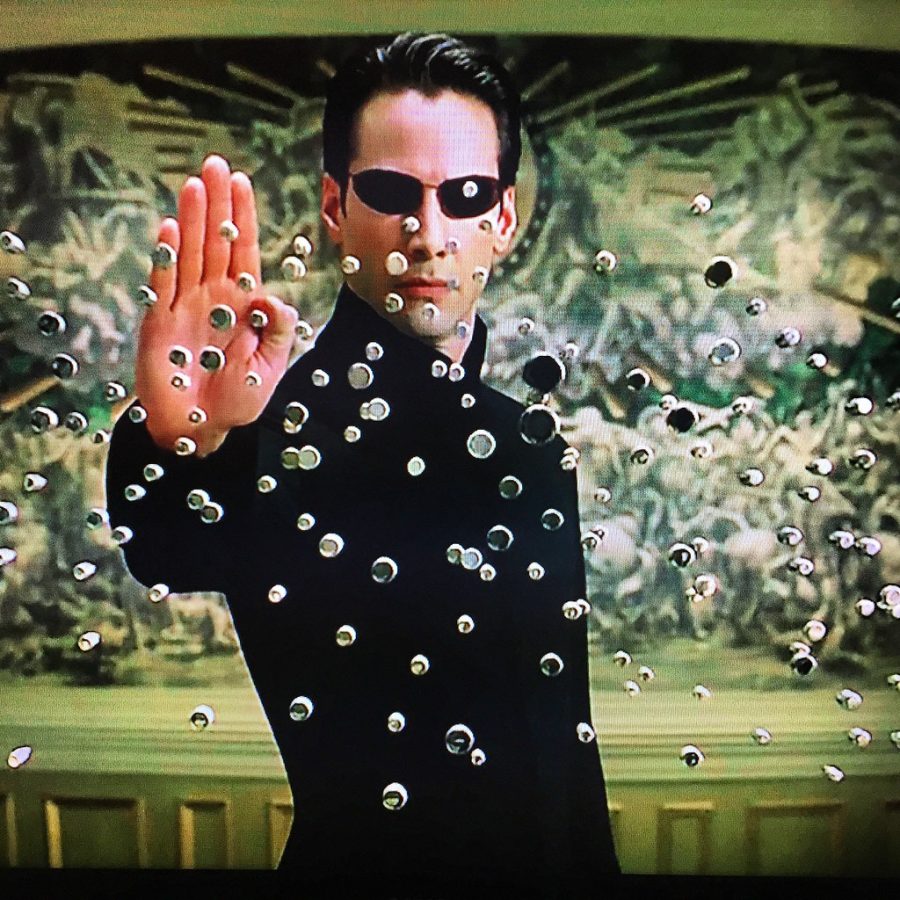 The Matrix franchise is one of the most famous staples of the sci-fi movie genre. Fusing aspects of Asian Kung-Fu movies and the adrenaline rush of American action films, The Matrix paved the road for Bullet Time movies. The hyper-violent slow-motion action scenes and awesome visuals make the movie very memorable.

“The Matrix is epic,” said junior Mark Steiber. ” I love the action and the characters.”

The movie also helped Keanu Reeves’s acting career launch into total stardom, which is how we know him today. Keanu Reeves remained the lead actor in all three of the films, The Matrix, The Matrix Reloaded, and The Matrix Revolutions. The two sequels were met with mostly mixed and negative reviews.

When The Matrix 4 was announced in early December of 2019, a lot of fans of the series were skeptical. It’s rare a series can revive itself after two poorly received sequels in a row.

However, there are some promising things about the upcoming The Matrix 4. It’s confirmed that Keanu Reeves and Carrie-Ann Moss will both be starring in the film. It’s also confirmed that Neil Patrick Harris will star in the movie, but we do not know what role he will play. Lana Wachowski, who co-wrote the original The Matrix films, returns to make The Matrix 4. Production will begin in early 2020.

The movie is set to release on May 21, 2021. Unfortunately for The Matrix, John Wick: Chapter 4 is also set to premiere that weekend. Critics predict that one of the film’s premiere date will be moved due to the wild popularity of both franchises.

So, what should we expect from the upcoming The Matrix 4? Wachowski has had more than enough time to think of a solid plot for the movie, and it’s safe to say Reeves and Moss will give killer performances as usual. The film should end up being better than it’s last two sequels. Hopefully, the production crew is able to deliver audiences a groundbreaking piece of media the way they did with the original The Matrix.