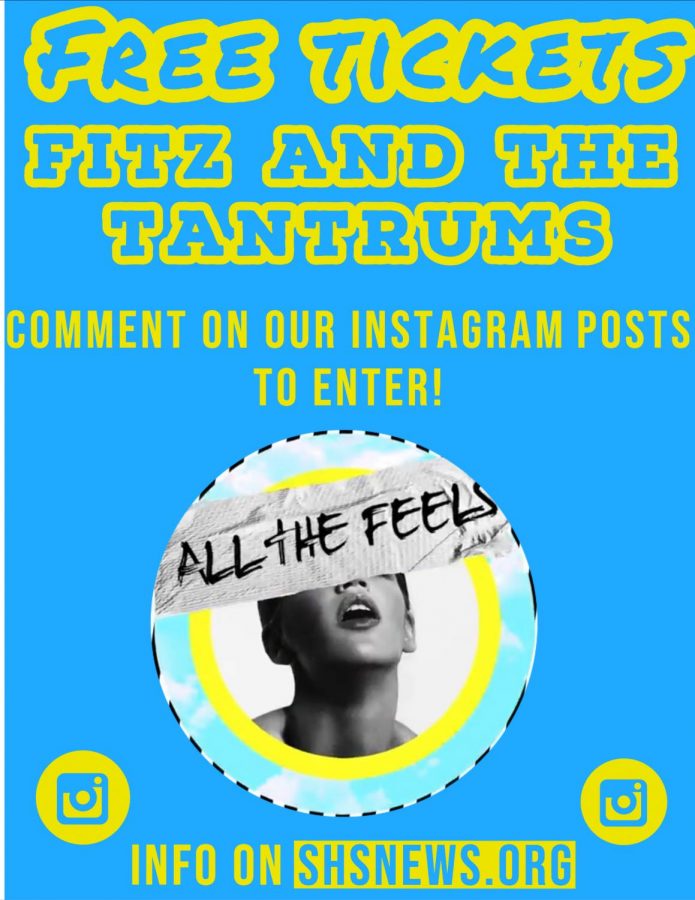 These are only a few of the viral songs created by neo-soul band “Fitz and the Tantrums”.  And they are coming to play, right here at the Sherman Theater on Sunday, February 16.

Fitz and The Tantrums were founded by Michael Fitzpatrick in 2008 when he decided to purchase an electronic organ from his neighbor. From there he contacted his friend and saxophonist James King, and together they formed the band, completely revolutionizing mainstream music in the process.

Within a matter of a few years, the band became a global phenomenon. It’s hit song “HandClap” racked up 1.5 BILLION streams in China alone and was streamed on numerous shows from American Idol to The Oscars. The Los Angeles-based band’s radio hits “The Walker” and “Out of my League” traveled throughout the world, becoming a platinum-selling No.1 in the process.

“I literally can’t wait to see them,” said senior Hope Porter. “Their songs are valid. Their albums are bops. Their energy is fire.”

For fans like Porter, they now have an opportunity to see their favorite band for FREE. The Mountaineer is raffling off a pair of tickets to see Fitz and the Walkers at the Sherman on February 16. All a student has to do is comment on any of the Mountaineer’s Instagram posts this week, and they’ll automatically be entered into the raffle.

“Just do it,” said Porter. “There is literally no reason for someone not to enter this competition.”

Check out more by Fitz and the Tantrums here: https://www.fitzandthetantrums.com/