Voting from the couch: PA’s elections postponed, voters can now vote from home

Change to voting process is unprecedented in US 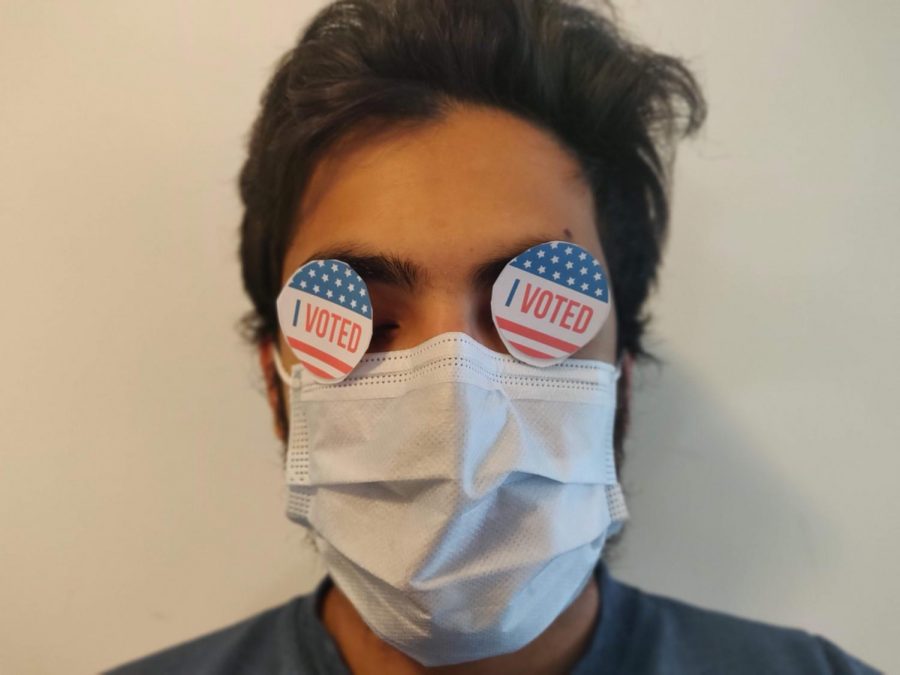 For this year's election all voters will be required to wear face masks at the polls.

The Internet and social media have enabled everyone, especially members of Generation Z, to become more politically aware than ever before. Never before has it been so easy to develop an opinion on pressing issues such as immigration, transgender rights, and gun violence.

However, many are wondering how Covid-19 will affect American’s ability to cast their opinions through their ballot.

The 2020 election season was predicted to bring a flood of voters to the polls. During the 2018 midterm elections, voter turnout was the highest it had been in almost 40 years. In the state of Pennsylvania, voter turnout during the midterms reached a historic high of 51.4 percent, with Monroe County also seeing its highest turnout in almost four decades.

However, now that voting is right around the corner for many Americans, voter engagement seems pretty far from normal.

Early morning on March 31, Pennsylvania became one of the eleven states to postpone a primary election because of COVID-19. The decision, which came just days before polls were scheduled to open, was made by Governor Tom Wolf, who argued that voting would put older Americans, especially poll workers, at risk of contracting the virus.

State lawmakers unanimously approved the delay, citing the pleas of county elections officials, who said the uncertainty surrounding the outbreak made it impossible to gear up for an election by the end of April.

Even when a global pandemic is not occurring, voter turnout during a primary has always been low. Stroud Township’s Judge of Elections Ms. Judy Fiske is eager to receive a large voter turnout during this primary election now more than ever.  In her position, Fiske is the individual responsible for supervising the running of the polls on elections.

“I know that this election may not be as high-stakes as other, but the energy and turnout we see in the primary will be representative of what is to come in the general election,” said Fiske. “And I promise we will need high energy and high turnout during this general election.”

It is also important to note that Pennsylvania’s primary election will also have several state and local candidates on the ballot.

“The presidential race is not the end all be all,” said Fiske. “The local ballot races right here in our state are what matters. There is a hungry electorate here ready to hit the polls in November, and the primary election is a key to engaging in that.”

“This primary is just as important as any other,” said Stroud Region Judge of Elections Ms. Cynthia Crowner.  “In fact, I think it’s the easiest opportunity first-time voters will get to cast their ballot.”

The “easy opportunity” Crowner is referring to is the option for PA voters to mail in their ballots.

While the option to vote physically in the polls will still be available, many officials including Crowner are urging voters to stay at home and cast their ballot by mail.

“This decision will protect your health and everyone else at the polls,” said Crowner. “Not only is it safer, it’s also frankly far easier and more convenient. This decision is a no brainer.”

For many high school seniors, this will be their first time voting. Fortunately for them, they will have the ability to do so right from the comfort of their own home.

Stroudsburg Senior Jessica Hall is eager to do exactly that. “Voting is one of the most important actions you can take,” said Hall. Nothing should get in your way of fulfilling it.”

Fiske agreed that voting by mail will be very helpful, with only one minor downside.

The process of voting by mail includes three steps:

Register to vote online here
Apply for a mail-in ballot here
Once you receive your ballot in the mail, fill it out and put it back in the mailbox

For more information on mailing in your ballot check out votespa.com