Stroudsburg High School changes rules for spectators due to COVID -19 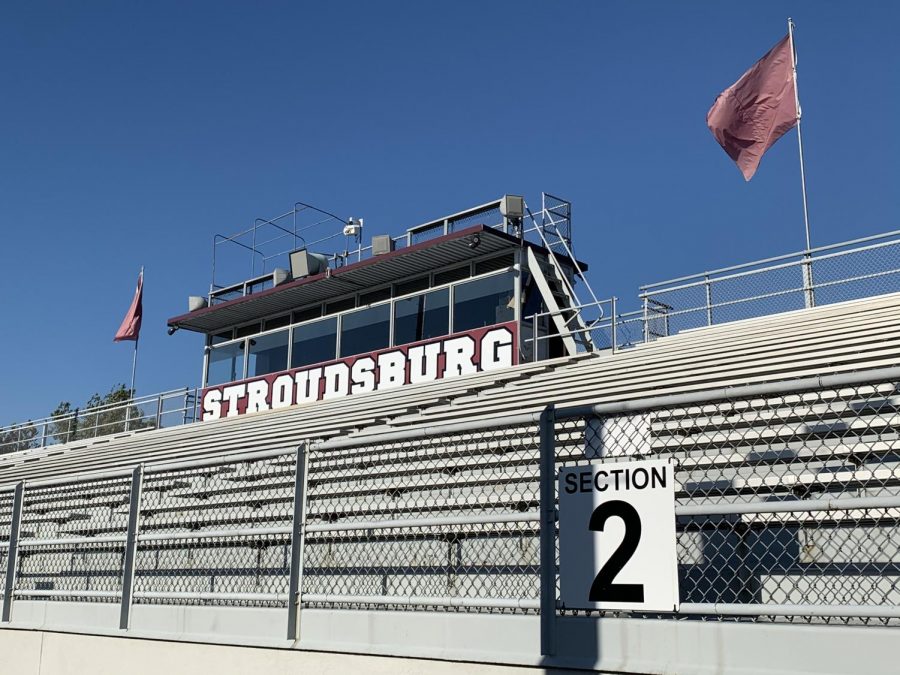 When the COVID-19 pandemic first hit last spring, it wiped out all Stroudsburg High School sports programs, just a few weeks after they had begun.

This fall, determined not to lose another sports season, the SHS administration, in conjunction with other area schools, has crafted a successful plan thus far.  Teams are competing in as safe a manner as possible.

Part of the district’s safety plan directly affects the spectators.

Right now, only two parents (from the same household) are permitted to attend each game.  They were each given a spectator pass.

Students, on the other hand, have not been allowed to attend games, except for the football game on October 11, if they were given a spectator pass by administration.

Here are a few safety measures in place for spectators:  at each event, they must take their temperature, sign a waver, wear a mask, and remain seated.  Unfortunately, no concessions are being sold at sporting events

A specific group of spectators that are missing out the most are the students.

“I think having few students in the stands is the necessary precaution we need to take to get back to 100%, but it does stink that we can’t go to all of the games to cheer our Mounties on, said junior Ethan Wager. “Hopefully we can be in full swing next season.”

Spectators have a great influence on games.  Sports teams get an extra boost from a large, screaming group of spectators.  Athletes rally off the energy of the crowd, which could make or break a game.

“From previous years, when you have a home game and you have our student body there, the band’s playing, you’ve got a big crowd, it’s loud,” said head football coach Mr. Jim Miller. “That atmosphere at a home game is awesome, and not having spectators, it stinks, you don’t get that atmosphere of a high school football game when they’re not there.”

Despite the lack of fans in the stands, at least SHS teams have been able to compete this season.

For more information on live streams: