Should students be required to take standardized tests

ACTs, SATs, and other standardized tests continue to spark debates 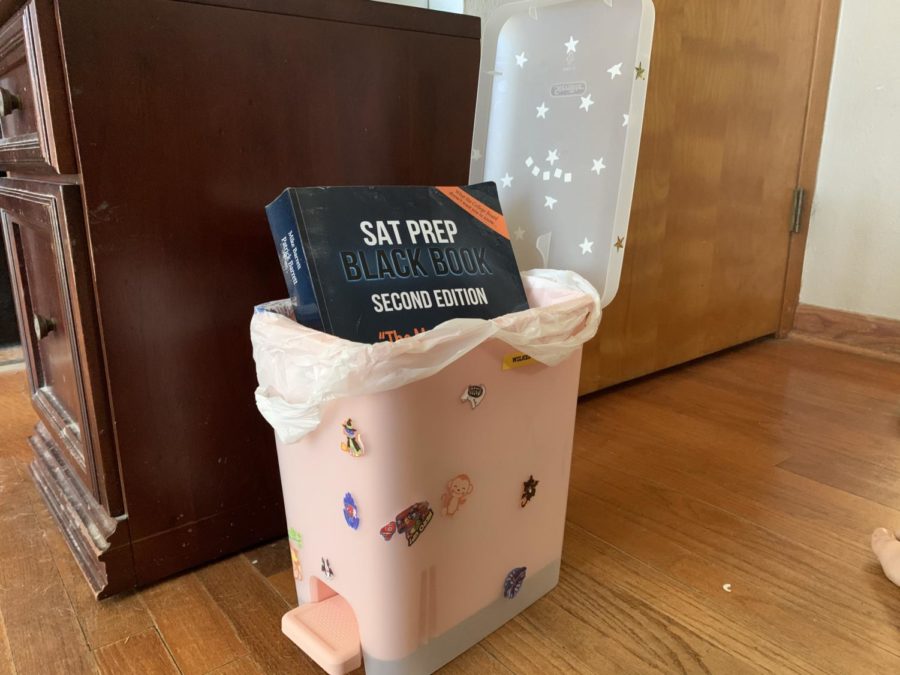 More and more students are trashing their prep books and applying test-optional to colleges amidst the pandemic.

In high schools all across America, students are stressed about taking the SATs, ACTs, and graduation requirement standardized tests.

As a student, my position on standardized tests is complicated. I hate taking them and stressing over them, but I think state tests do have their benefits.

Since the mid-1800s, standardized tests have been a nation-wide debate in America’s school system.

The U.S. Department of Education created a “Testing Action Plan”. No government would create such a long, organized plan if they did not find standardized testing beneficial for all. The plan consists of seven important steps in creating standardized tests that are considered fair for all students and provide good data for districts and states.

This plan states that standardized tests must achieve the following in order to make them worthwhile: fairness, a high quality, a limited time, a clear purpose for students and parents, be one of multiple assessments of the student or educational system, and they must help improve learning.

Standardized tests can provide school districts and states with a variety of data about their communities and students.

“I feel that standardized testing should never be the only assessment measure in a classroom, but it is necessary to gather population data,” said math teacher Ms. Nancy Wood.

Scores can show if there is an achievement gap among students due to race, income, or disabilities.

At the other end of things, 16 percent of the white students, but 44 percent of African American students were not close to meeting the standard.

Results such as these allow the states and districts to solve problems with the proper funding, resources, and programs.

“Tests help to make sure that educational opportunities are fair throughout the state and country,” said assistant principal Mr. Thomas Burke.

Aside from the governmental and teaching side of benefits, schools believe that it is important that by the time students graduate, that they are prepared for whatever post-high school plan they have.

Even though there are many benefits, there are still opponents to standardized tests. Many are students who believe that they add too much stress to their already stressful lives.

Test scores affect confidence. If a good and smart student doesn’t do well, they can begin to doubt themselves and create more stress in trying to be better for a test that doesn’t show a student’s full academic ability.

“I think standardized tests make students a number and take away the real reason for learning, “said Samantha Fleming ‘21. “Students stress over the perfect score and pull all-nighters to study for a test that doesn’t even recognize your intelligence.”

Teachers often feel pressured to make sure their students do well on standardized tests, so it isn’t uncommon for some to actually teach to the test. Rather than learning material super well, students are learning how to take the test that they must pass either for graduation or to move on to the next level.

“It doesn’t seem to matter if you can practically use the information you studied,” said Fleming. “You just have to memorize it for a grade and then you can forget about it.”

Along with this, it can sometimes be the case where only the students who do well with taking tests actually score well on them. Or those who are only provided certain resources and programs do well. This means that students in poorer schools aren’t given as much of a chance to be successful.

This is commonly seen in the SAT and ACT for college admissions.

So, although many standardized tests help to close the achievement gap, it remains to be a problem for college admission exams.

SAT and ACT tests are my main problem with the idea of standardized tests. I don’t think they should be required for college admissions.

There are some colleges that regularly do not require test scores.

Bowdoin University in Maine has been test-optional since 1969. This university is a top liberal arts school with a 10 percent acceptance rate. If a prestigious school like this one can function and thrive on a test-optional policy, I see no problem with other colleges doing the same.

SATs and ACTs are best for students whose GPA or grades do not correctly express their academic ability. These tests provide a way for a student to show college admission boards their full range of skills.

However, for some students, these tests will badly represent their abilities. For poor test-takers, required SATs or ACTs will put good students at a disadvantage.

For the next couple of years, colleges are waiving their testing requirement. If the process is possible now, I think that it should remain optional for the future.

The debate will remain actively argued, but state standardized tests will be sticking around. Even so, due to Covid-19, many states are temporarily changing their requirements regarding standardized tests for certain graduating classes.