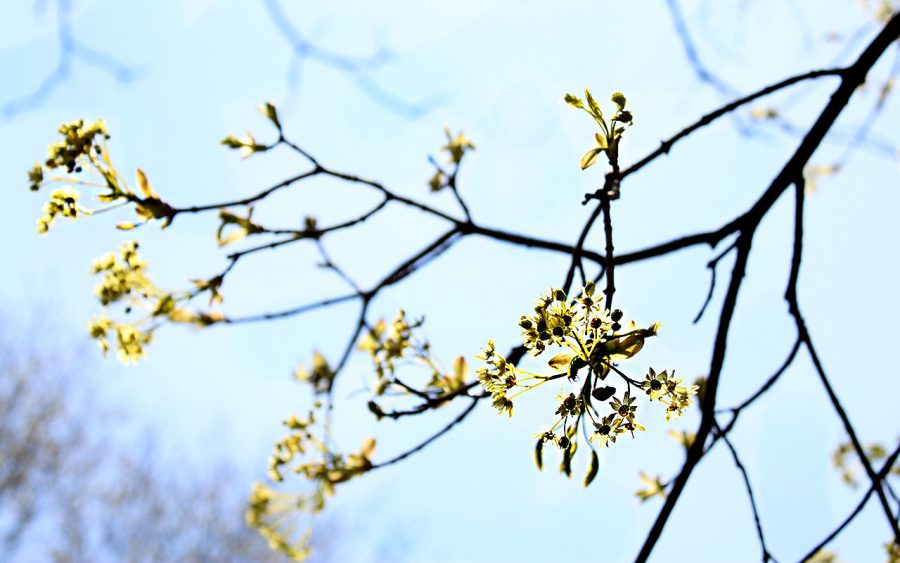 Earth delights the world with beautiful trees and cozy spring days, captured above.

This is the sad truth: environmental experts suggest that Earth could someday be uninhabitable. However, whether the earth will be inhabitable for another 60 years or a billion years highly depends on the actions people take.

Since the late 1980s, global warming has become a prevalent issue. Every year there has been a tremendous increase in greenhouse gases (GHG), but is this year an exception? Has the coronavirus actually helped the environment?

As the United States began its lockdown protocol, the environment began its recovery. According to studies made during the pandemic, there has been an improvement in air and water quality, as well as a decrease in pollution and GHG emissions.

“The pandemic has improved the environment in many locations,” said biology teacher Mr. David Hakim. “Air quality in major cities improved dramatically at the start as industry shut down, and there are fewer cars on the road.”

Likewise, China, the world’s largest carbon emitter, showed improvement when the pandemic first hit. According to an article written by carbonbrief.org, China’s carbon emissions decreased by 25% during a four-week period in February.

The improvements are due in large part to travel restrictions and the closing of industry, leading to more people staying home. These developments have led to less pollution — specifically water, air, and sound pollution. Furthermore, carbon emissions from cars on the road decrease, improving the environment’s conditions.

However, with positive effects, also comes some negative consequences. Due to the nature of the pandemic, there has been a significant increase in medical waste, municipal waste, and plastic waste. Additionally, as businesses start to reopen, carbon emissions could gradually increase, eventually returning to the levels present before the pandemic, or possibly surpassing them.

Here’s the grand question: Is the planet destined to become a disgusting mess? Not necessarily. According to climateclock.world, a website with a live clock displaying a global warming countdown, there are still around seven years remaining before global warming will become irreversible. The impending disaster could negatively impact all of humanity if change doesn’t occur.

“The environment plays an incredibly important role in our well-being,” said Hakim. “If the environment suffers, we will start to suffer at some point.”

Everyone plays an important role in maintaining the environment. For example, reusing and recycling more often, using less electricity, and creating less waste would help improve the conditions of the environment.

As more people become aware of the climate change issue, charities and organizations continue to sprout across the world. For instance, Teamtrees.org is a charity with the goal of planting more trees around the environment. Even within the Stroudsburg High School community, there are clubs, such as the Environmental Club and Key Club, where they host community cleanups.

“I’ve volunteered at many trash pickups from clubs,” said sophomore Chris Hu, who is a member of Environmental Club, NJHS, and Key Club. “I think that people should try and do the basics of saving energy and use less plastic when possible.”

“It is important to give back to our community and as a member of Stroudsburg Key Club, it is our responsibility to keep our community clean,” said Chen. “We organized a community cleanup in early fall where our members picked up trash littered on the streets to help beautify the community.”

To sum things up, research suggests that change needs to happen soon or else the impacts of humanity’s actions may be irreversible.

“Usually I get pretty depressed thinking about what the environment will look like in 40 years,” said Hakim. “Humans are really taking a huge toll on the earth. Biodiversity is decreasing, forests are being cleared, pollution is increasing, and the climate is changing. It’s going to be rough out there.”