The Die Hard debate: Is it a Christmas movie? And is it the best? 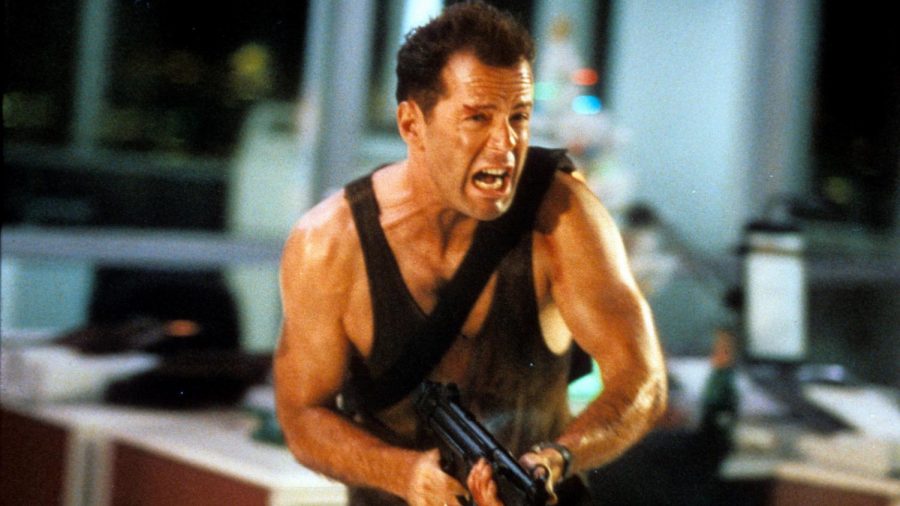 John McClane (Bruce Willis) is pictured above in the movie Die Hard.

Since the very beginning of humanity, long before the invention of the wheel, scholars and philosophers alike have debated the most pressing question ever to be risen by mankind; is Die Hard a Christmas movie?

The short answer is yes, it is very much a Christmas movie.

The “Christmas Movie” genre is incredibly saturated, with a seemingly endless flow of passionless, boring, feel-good hallmark movies that flood the market every year from early November to the 25th of December. Even some of the best Christmas movies, like Polar Express, A Christmas Story, and National Lampoons Christmas Vacation, all follow the same kind of formula.

Die Hard, however, is incredibly fresh and fun to watch. The movie follows a New York City police officer named John McClane (Bruce Willis) as he desperately tries to save his family and dozens of hostages from evil German terrorists on Christmas Eve. While this may not sound like a standard Christmas movie, it’s as festive as it gets, complete with an office Christmas party, gunfights, families being reunited, and international terrorism.

The now superstar cast was relatively obscure upon the movie’s release. Willis had gained slight popularity from his T.V. work, but he wasn’t known for movies. He nails the role, delivering the witty one-liners with expert coolness. Hans Gruber, played by Alan Rickman, is the main antagonist. Rickman is amazing in his role as the evil heister. Not many actors could have played Gruber as well.

Countless movies have tried to replicate the action/Christmas genre blend, but none get it quite as right as Die Hard. Do you think Die Hard is a Christmas movie? Let us know in the comments!