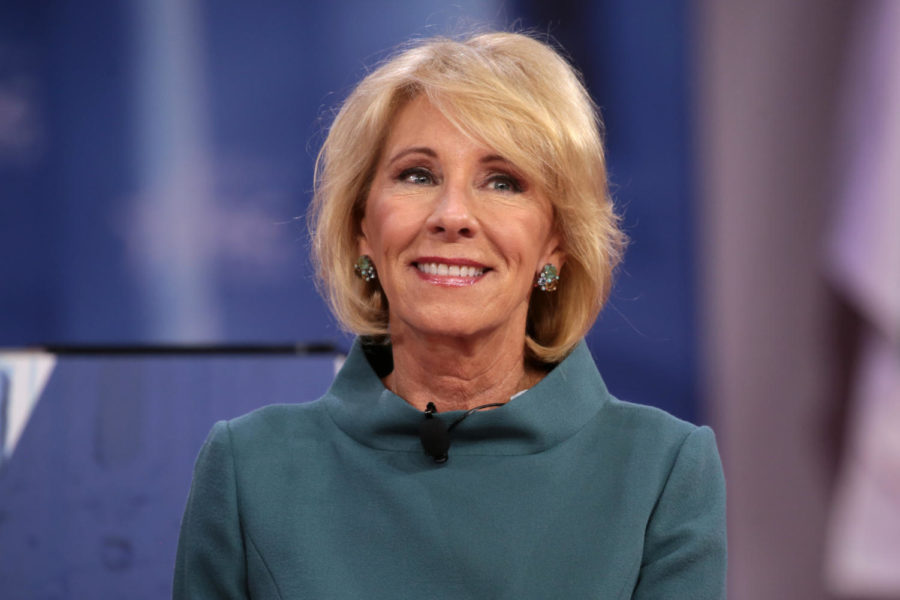 U.S. Secretary of Education, Betsy DeVos, resigns after the attack on Capitol.

A mob of Pro-Trump supporters stormed the U.S. Capitol on Wednesday, January 6. Since then, several members of President Donald Trump’s cabinet have resigned, including Ms. Betsy DeVos. Secretary of Education.

DeVos became Secretary of Education in 2017. She supports charter schools and school choice, which offers students other options than public schools.

On Thursday, Jan. 7, 2021, with just 13 days until President-elect Mr. Joseph Biden’s inauguration, DeVos submitted her resignation letter. She blamed Trump for inciting the mob on Wednesday. In other words, she is protesting against the president and the attack.

However, some sources think the many resignations following Wednesday could have something to do with the 25th Amendment. This gives Congress the power of the impeachment process and the removal of the president.

“There’s a lot of unknown here,” said social studies teacher Mr. Michael Frounfelker. “As far as who is trying to dodge the 25th Amendment discussion versus really being angry, I don’t think we’ll ever know the answers for that.”

“We’re not always directly impacted at this level by the federal government,” said Frounfelker. “We tend to be more directly impacted by the state department. In terms of what we do and our jobs, we’re not going to see much [change].”

For more information on Betsy DeVos and her resignation, view these links.