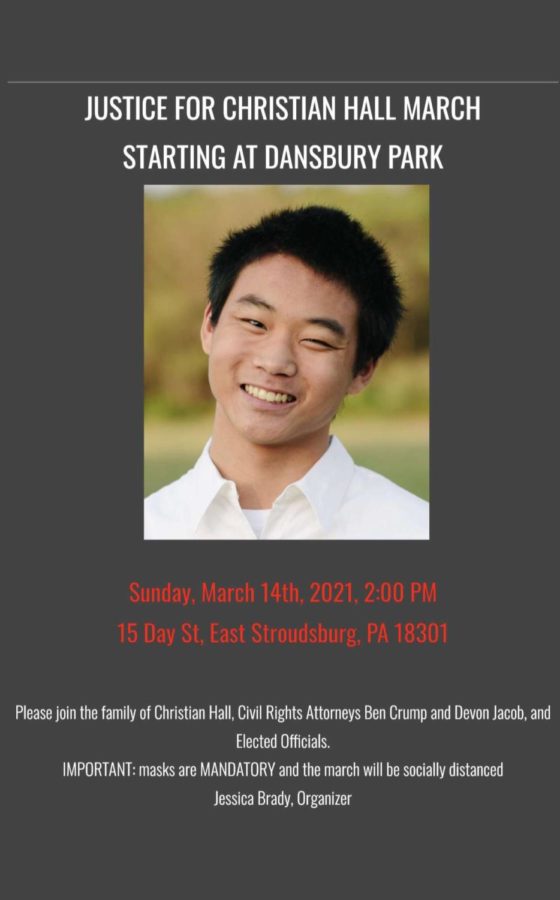 Area students will lead a rally in honor of Christian Hall. The event will take place this Sunday, March 14 at 2:00 p.m.

Police say they shot Christian Hall after he became uncooperative and pointed a gun at them. Protesters said his death is another example of police mishandling calls involving mental illness.

Hall was the adopted child of two parents, Fe and Gareth Hall. His family is seeking legal justice and has acquired legal counsel from attorney Ben Crump, who is best known for representing George Floyd, Breonna Taylor, and Ahmaud Arbery.

“Neither I nor my family are anti-law enforcement,” said Mr. Gareth Hall. “We simply want answers as to why three troopers opened fire on our son who was obviously surrendering with his hands up and empty.”

“As Mr. Hall said, this is not an ‘anti-police’ protest,” said Brady, “this is a moment that is part of a larger movement aiming to improve the system of policing. We all want a safer community and it starts by holding those in charge accountable.”

The march will start at Dansbury Park in East Stroudsburg and finish at Courthouse Square (Mattioli Circle) in Stroudsburg.  At Courthouse Square, members of the Hall family, Attorney Crump, and elected officials will speak. Anyone attending the march is required to socially distance and wear a mask.