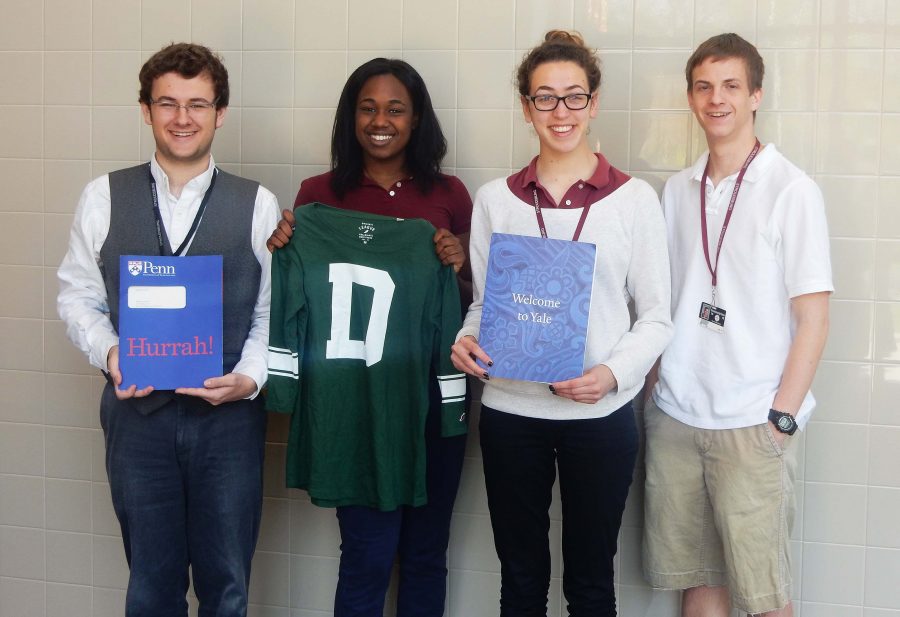 Four students at Stroudsburg High School, Natalia McLaren, Alexa Vaghenas, William Weiss, and Eric Wolf were accepted into the prestigious universities: Dartmouth, Yale, University of Pennsylvania, and Cornell, respectively. This is an honor reserved for a select number of students from all over the world, and Stroudsburg is responsible for educating four of them.

Many students desire an entrance into an Ivy League school, but there are a number of ways of getting that big envelope in the mail. Ai??Though these four students share an academic excellence, they are unique in their extra-curricular interests, athletic abilities, personality traits, and community involvement.

Academics certainly play a role considering the standard upheld by all of these schools. McLaren kept a focus on her education for many years well before high school in the hopes of attending one of the accredited Ivy Leagues. She is a tri-varsity letterman in volleyball, basketball, and track & field, Mock Trial secretary, sectional leader in orchestra, and previous freshman class president. She credits her acceptance to the “balance” she kept between herAi??school classes and activities.

Alexa Vaghenas attributes her acceptance mostly to her involvement in extra-curricular activities. Ai??She is involved in a variety of clubs as President of both Future Business Leaders of America (FBLA) and National Honors Society, lead in the school musical, and one of the top runners in Cross Country.

“I think my leadership and extracurricular activities shows more about who I am, that I pursue things as much as I can. I am a hard worker and things like that,” said Vaghenas, “They [admission office] can infer about my personality . . .Ai??If I had time I would have been involved in more.”

William Weiss agreed with the notion that activities are important, however he believes that a deep level of involvement can be more important than an actual leadership position. Ai??He joined most of the clubs he is currently involved in during his freshman year such as Model Congress, Scholastic Scrimmage, and FBLA. Ai??Weiss is also the class treasurer for the second consecutive year.

“I would think itai??i??s my academics but definitely that canai??i??t be the only thing when getting into this sort of stuff. . ., “said Weiss. “You donai??i??t even have to be a leader; you just being active in a club and participating in the club. That definitely is an important factor when applying to colleges.”

Eric Wolf found a balance in his club activities and felt it was better to be accomplished in a few clubs, such as his various awards in Scholastic Scrimmage and FBLA. Ai??He preferred to be someone who got quite involved with a few clubs, rather than “someone who is on the books in like eight or nine clubs but doesnai??i??t really do much within them.”Ai??Wolf believes that if any student should focus on one thing in particular, it should be their SAT scores “because that has the best return on time investment.” 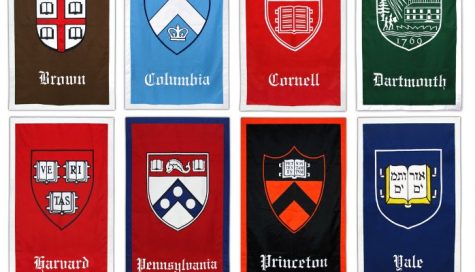 It is becoming more and more common for SHS alumni to continue their education at Ivy League schools and recently, esteemed military academies such as West Point. There are currently two SHS alumni at Yale who have been in contact with Vaghenas and preparing her for the new experience ahead. Last year’s valedictorian, Oliver Maloney trailed a path for Weiss at University of Pennyslvania. Stroudsburg is becoming more of a resource for aspiring students with their combination of academic preparation as well as the vast opportunities for community involvement.

“Stroudsburg definitely did a lot stuff, especially my history teachers,” said Weiss. “They definitely helped me out. They were supportive of helping me research schools that are pretty adaptable no matter where you go into college or whatever degree you want to do in college.”

The personal essay is the last moment in most applications where students can give the admissions office as much of an idea about themselves as they can in 500 words or less. Ai??It can be the make or break to a terrrific transcript. Ai??The essay should be tailored to fit the ideology of the school whether that be satirical or compassionate. Ai??Vaghenas was inspired by the Yale campus and friendly environment and wrote about her appreciation ofAi??Ai??the “people working together than working for themselves.” Ai??McLaren reshaped the CommonApp essay about a unique trait and convinced Dartmouth that passion was more of a talent than the dictionary definition of an emotion. Weiss displayed his witty humor to UPenn when he described writing a college essay as a challenge he faced in life. Ai?? Eric Wolf wrote about a failure he once faced; however, he has chosen not to attend Cornell.Ai??

Wolf felt that, in spite of Cornellai??i??s prestige, he would have more opportunities for individual attention at Lehigh University.

“Thereai??i??s the fact that I felt that it would be more challenging to stand out at an Ivy League school,” said Wolf. “ai???At an Ivy League youai??i??re going to have an incredible level of competition for opportunities, and I felt that that wasnai??i??t the best environment for me as an undergrad.ai???

Vaghenas was surprised by her acceptance to Yale because she believed that students who attended Ivy schools were already published in their field of interest; however, these students proved this was not the case.

In the end, a student may gain acceptance into an Ivy League school in a variety of ways. Ai??Of course, academics are important, but so is a student’s level of involvement in high school, as well as how he or she stands out in the application process.Ai??It is safe to say the admissions office is interested in the substance of the student as well as the quality of his or transcript.

“If you can leave an impression in the way you carry yourself and the way you look at the world, I think that can also be beneficial,” said Wolf.