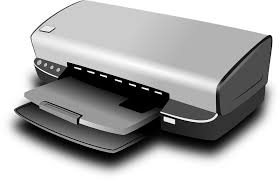 If Ai??an SHS student or teacher said, “someday my prints will come,” they won’t be coming to the classrooms.

In previous years, every classroom used to contain printers. Coming into the year 2016, the SASD has made a change, perhaps for the better. Printing stations have been set up, (about 13), in every corner of the high school which will any student or teacher to print at any given time, in nearly every given place.

According to principal Mr. Jeffrey Sodl , the printing stations should save the district approximately $40,000-$50,000 dollars a year. Printer paper is not only expensive, but the ink is as well and no one knew how often teacher’s printers would break down.

The one concern students have is when they will find the time to actually print. There are only four minutes between classes, and some students do not have a study hall.Ai??The only logical time to go would be during lunch.

ai???To be honest, this new printer setup doesn’t seem like a completely horrible idea, but the fact that we weren’t thoroughly taught how to use them makes it harder to appreciate them,” said senior Sadie Unangst.

Senior Naomi Chan begs to differ: Ai??ai???Yes I have used a printer station and I really like the idea! It’s very practical and useful and easy! Students have better access to printing because they can send it and pick it up on the way to class. Ai??It does cause a traffic jam, but only in certain hallways so it’s livable.”

While some students may not be excited about the new printer system, this is just one more step in the “paperless” direction the district intends to travel. Ai??One more example of that, according to Sodl, is the student handbook, which is now only available online.