Social Studies classes should be valued more in high school 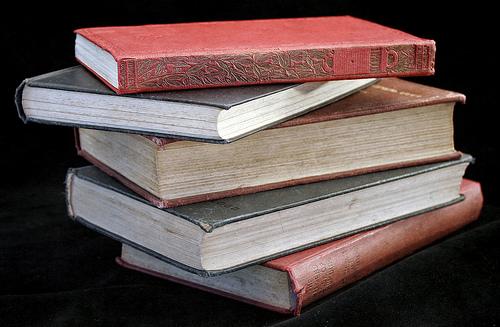 According to Stroudsburg High School, the world began with the Renaissance. At least, thatai??i??s what the lack of social studies classes might cause one to believe

After cutting the fourth required social studies credit for students at the end of the 2011-2012 school year, SASD is now looking to reinvigorate the program. But the social studies department has a long road ahead of them.

Social studies classes have seen a large reduction on the national level. Since the Soviet Union launched Sputnik in 1957, the US has been struggling to stay competitive with international leaders in the STEM field (Science Technology Engineering Mathematics). This focus on math and science has caused the humanities to be pushed to the wayside. In 2006 alone, 33% of school districts reduced Social Studies instructional time.

SASD offers no courses in economics, eastern history, world religion, military history, medieval history or high school level ancient history. While it shouldnai??i??t be expected for a high school to offer dozens of social studies classes, a broader selection than Stroudsburgai??i??s current offerings is definitely warranted to continue fulfilling their commitment to being the ai???pride of the Poconosai??i??.

In fact, the school district was very close to adding multiple social studies classes over the summer. American Pop culture, the History of American Technology, the African Journey, Introduction to World Religion, The Melting Pot: A Nation of Immigrants, and AP Comparative Government & Politics were among the considered courses. The school board was so busy last year that it never had time to vote on the addition of these classes.

Fortunately, the school board has more time this year and the decision-making on these classes is already in the works. Most of these courses will cost nothing to offer. They will be taught using internet resources rather than textbooks. And because there will be more courses, student enrollment in each specific social studies class will go down, meaning they will not require the hiring of more teachers. However, the AP Comparative Government & Politics course will require a small investment because the College Board requires that students have textbooks.

“These classes have broad appeal beyond history buffs like me” said Alex Reincke, Stroudsburg senior and Student Representative to the school board.

A busy school board is not the only obstacle social studies faces. Social studies is on a whole deemed less useful than science and mathematics. In a 2013 Gallup survey, 34% of adults said math was the most important subject they studied, with science at 21% and social studies at a mere 3%. Although an understanding of medieval feudalism wonai??i??t put a man on the moon or build a nuclear reactor, social studies plays a very important role in peopleai??i??s daily lives.

Social studies classes give people the means to become competent, informed citizens of an increasingly globalized world. Through studying the Founding Fathers and the Constitution, students learn the necessity of compromising. By discussing current events, students improve their ability to formulate opinions and debate. Social studies introduces students to new topics and information, which causes them to become more inquisitive.

“Our teachers do a great job in getting kids involved and asking questions about the world,” principal Mr. Jeffrey Sodl.

Being less emphasized does have its perks, however. Mathematics, science and literature all have to conform their curriculum to standardized tests, while history has more flexibility in what is taught and how. Social studies teachers are more able to teach the skills and information they believe will be most beneficial to the students in the long run.

“We are more able to focus on these things because weai??i??re not handcuffed by needing to prepare students for some unrealistic standardized test” said social studies department head Mr. Shawn Thornton.

SASD is moving in the right direction but the road cannot end here. Such a broad and useful field should not be constrained by antiquated beliefs and arbitrary standardized tests. To continue supporting the education of its students, SASD needs to keep expanding the social studies department by offering more unique and diverse classes rather than cutting them.