Evolution of the Selfie: the sky’s the limit, or is it? 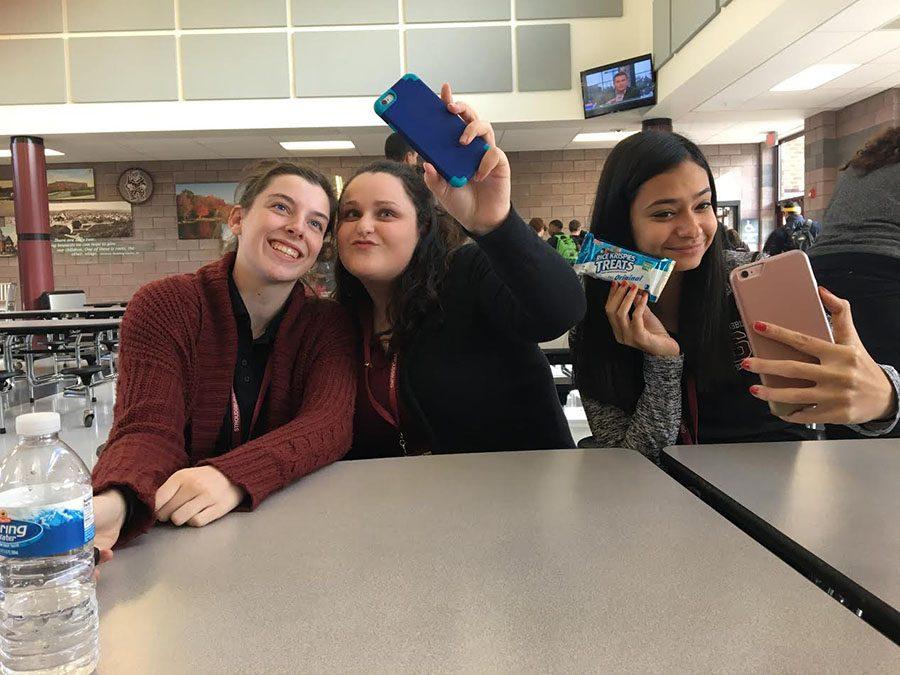 Selfies are a huge part of the social norm in our generation. They are not new, but they have undergone a tremendous evolution in the past decade.

Before cameras, self portraits were hand-painted. These portraits were all about a personai??i??s status and importance. There seems to be a similar meaning to todayai??i??s selfies, as well.

In the early 2000s, cameras started to become integrated into phones. People often turned their phones around, facing themselves, to take selfies. Soon after, cameras were put on the inside of phones, making it optimal for selfie taking.

Today, selfies seem to help people show their identity, or provide with the opportunity to try on different ones. Selfies can help express self image, and control how others see you. People often feel this is a way to express who they are.

A psychology lecturer at Cambridge University says that taking selfies is all about people trying to figure out who they are and project this to other people.

Selfies are a huge part of our culture. They can be found on almost any social media platform! According to the Oxford Dictionary, ai???selfieai??? was the 2013 word of the year.

ai???I like taking selfies because they look better than pictures other people take of meai??? said senior Kristen Byrne.

In 2005, the selfie stick was created, drastically changing the world of selfies. The Selfie Stick has loads of advantages. Theyai??i??re easy to use, they allow for a much larger range of angles than what someoneai??i??s arms are able to, and they can fit larger amounts of people into group selfies!
ai???They are useful when you want to take pictures with more people but your arms arenai??i??t long enoughai??? said Kats.

The selfie assisting sticks are also conveniently inexpensive. Theyai??i??re never more than $20., and often $5.00, which can be affordable to practically anyone. No one needs to wait for a decent looking passerby anymore to ask for a picture! This creative and innovative product was named the best invention of 2015 by Time Magazine.

ai???Iai??i??ve used a selfie stick in a car to get a picture of the whole family because we were looking hella fine,ai??? said junior Kristen Dougher.

On Instagram, nearly 300 million photos have been hashtagged ai???selfie.ai??? Pictures with faces are 38 percent more likely to receive likes than photos with no faces. People pay most attention to and notice faces before anything else. This is because human beings have a natural tendency to follow the gaze of others.

Another app that selfies are avidly taken on is Snapchat. Snapchat provides new filters daily to enhance and spice up a user’s selfie experience. Unlike most social media, communication on this app revolves around selfies!

ai???My favorite filter is the one with purple sunglasses. I like it because it looks good on everyoneai??? said Dougher.

A new era of selfies awaits us with a brand new, upcoming product! Coming out in 2017 is the ai???AirSelfie.ai??? This invention is conveniently integrated into phone cases, easy to carry and access everywhere. The AirSelfie drone is the worldai??i??s smallest flying camera. It floats in the air, which can be controlled with two directional buttons from iOS or Android devices.

So be on the lookout for flying cameras in the near future!