Bitcoins can buy you practically anything you want: legal or illegal 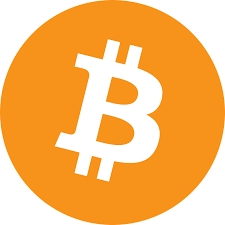 Need an untraceable source for practically every conceivable illegal action?

Then youai??i??re going to need some bitcoins. Created by Satoshi Nakamoto, the bitcoin is an online currency that can be used to buy virtually anything.

Bitcoin is a cryptocurrency. Cryptocurrency means bitcoins use cryptography for security, or in English: They canai??i??t be forged or inflated. Every bitcoin is a unique code that changes in a precise way with every transaction. For this to be possible however, the bitcoin needs to start out as a very exact code. But how do we get this code?

Thatai??i??s where ai???Minersai??? come into play. Miners are people who make computers capable of ai???miningai??? for bitcoins. Miners repeatedly verify and collect newly broadcasted transactions to keep the code consistent and unalterable. But what happens after the Bitcoin has been created?

The bitcoin can be traded like any other currency. The only difference is that the bitcoin is pseudonymous. This means that people can use bitcoins anonymously. Online trading and anonymousness is a bad combination. A Carnegie Melon University (CMU) researcher estimated that in 2012, 4.5% to 9% of all exchanges in the world were for drugs on a single website (that will not be disclosed here) on the black market. Bitcoins are the main currency used on this website and other similar websites. Child Pornography, Hitman Services, and weapons are also exchanged on this website.

Bitcoins use the SHA-256 algorithm. This algorithm prevents the current owner of the bitcoin from going back to a previous code. When a transaction is made, the algorithm is applied and the code changes until the next transaction.

Smaller increments of bitcoins are millibitcoin (mBTC), microbitcoin (Ai??BTC), and satoshi. a satoshi is the smallest amount a bitcoin can be, which is 0.00000001 bitcoin the satoshi was named after the creator. One bitcoin is worth $751.90.