The rise of fake news 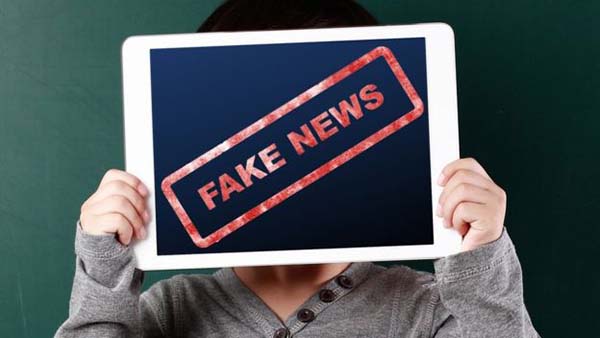 There is no doubt that technology plays a huge role in our everyday lives. No longer does one need to pick up the local newspaper to get the latest news. Today that can all be acquired through the internet.

Having the capability to turn to these different resources is amazing. It is very likely, though, that one will easily pull up articles with misleading information. Ai??It has become known as fake news.

Fake news is certainly nothing new, but with technology and social media, counterfeited stories can reach people far more often and far more quickly, and within a matter of minutes.

The controversy of fake news grabbed headlines during the 2016 elections. Approximately six months before the election, the overall Facebook engagement for the top election stories from the mainstream outlet was unquestionably superior than the fake news articles. Although three months prior to the election (hence the most critical time), there was a massive spike of fake news blending with mainstream news on Facebook for the top news stories.

The dilemma is the internet has deteriorated the traditional distinction between what’s professional and whatai??i??s amateur news. No longer is it like opening a newspaper and having a good idea where the news is coming from.

Because social media has lowered the barriers for entry in the news business, anyone can publish their own website and design it to appear professional and legitimate. Through social media sharing, itai??i??s easier than ever for nameless sites to reach wide audiences as easily as large news organizations such as the New York Times or the Denver Post.

Itai??i??s crucial for fake news sites to get their content onto social media. That way, they can push it in front of people, who will likely click on it and share it. Facebook is the perfect place to do it.

Sometimes these fake organizations create or buy fake Facebook accounts. Then they go online and drop links to their stories on different posts, websites, and online groups.This then increases the probability of Ai??someone potentially opening the story, directing them to their page.

So how does fake news make sure people click on their baits? Ai??From the psychological perspective, fake news has to say something to get emotion out of the readers, instantly grabbing their attention. Whether it makes them feel joyful, surprised, or frustrated that it contradicts what they think or feel, normally one would act strongly to it. If the information aligns perfectly with the readersai??i?? political beliefs, chances are they will feel really good and share it on Facebook for others to see. Facebook would see this and signal that people want more headlines relating to that subject, so they provide similar articles. Thatai??i??s why fake news does so well.

Due to the controversy of fake news, search engines like Google and Facebook, two of the largest drivers of traffic for news websites, are getting back lashed for the lack of controlling fake new from appearing on their platforms.

For the upcoming year, Google has passed new policies regarding fake news. In less than two months Google banned over 200 publishers from their adsense networks. These publishers would include fake news site and sites which impersonated other organizations. Facebook would proceed with banning as well as updating their trends to prevent anymore counterfeit stories from appearing.

Though Google and Facebook see banning and new policies as a way to combat fake news, not everyone is in total agreement. Some people are concerned that if they begin to try to weed out the fakes, they’re potentially going to remove too much. This then puts the people’s freedom of speech at risk and suppression of different people’s viewpoints.

So instead of just banning, sites that are trying to resolve fake news from appearing on their search engines can take new approaches. In 2009, one of Franceai??i??s largest news organization, Le Monde, came up with the idea to generate a fact checking system called Les Decodeurs (The Decoders). Turning their attention to fake news, the company would then fabricate a web extension they called Decodex. This database was then put on the Le Mondeai??i??s new site where people can type a URL or site name and the processor would check to see whether the site is a verified news source. The database would rank the sites in either three categories- real, fake, or satire. In just over the last year, Les Decodeur has identified over 600 websites as unreliable sources. Though the websites in the database mostly are French, they would include a number of international websites as well.

Even though fact checking systems like the Decodex exist, itai??i??s always advised that people should perform their own self-checking. Things like looking at the story’s quotes, comments, publisher or domain/URL of the website could point out whether the information on website is fake. Websites ending in .com.co are also said to raise suspicion.
Overall there are a variety of news sources which to choose from. Besides reading sources on the internet, many people get news from different major cable news channels, television programs, Ai??or the newspaper. Fake news is nothing new and most likely will never truly go away. Thatai??i??s why itai??i??s critical for people to make their own judgments in the end and decide for yourself whatai??i??s real and whatai??i??s fake.