To be or not to be in love? 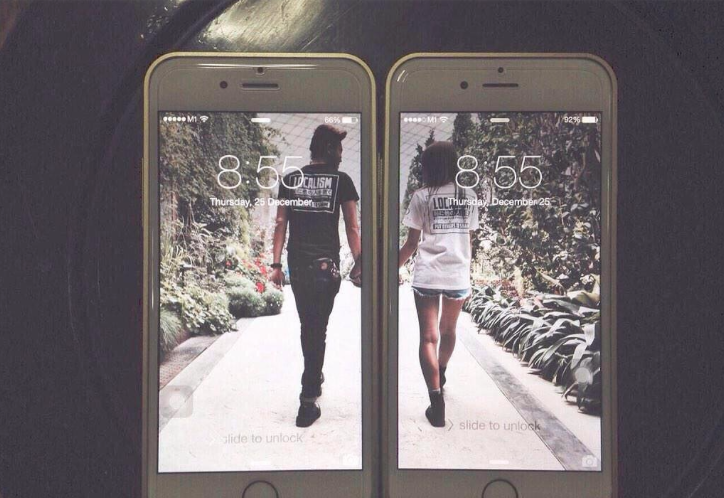 The elusive definition continues to evolve, and is getting much more difficult for each generation. How many times have you had to explain to your parents that the definition of a relationship isn’t what it used to be? The common questions a parent asks: “Who’s dating who? Do you have a boyfriend/girlfriend? Who do you like?” echo back and forth throughout households nationwide.

Over the past decade, we have changed. We no longer see a person we like and instantly ask them out. Instead, we talk to them, get to know them better. This is known as the talking stage. Not only is there an introduction to the talking stage, we now have terms such as side chick and main chick. There is also the friends with benefits interaction as well.  Talk about confusing.

They’re not dating, they’re just talking. What does that really mean, honestly? When asking an adult about it, they’re left drawing blanks. When I met my husband, there was no talking stage like you guys have, ” explained my mother, Dawn Mydosh. “He asked me out, we went on a date, got to know each other as best as we could, and if it went well, we went on other dates. There was none of this that you guys are accustomed to today.”

The true definition of the talking stage is when two people who like each other try to get to know each other before they consider moving forward. It seems to make sense, but in the end is it a good idea?

I believe it’s greatly beneficial because you get to know the person better before getting into something more serious with them, said senior Ryan DeHaven. “But there are always problems when it comes to the talking stage. The problems come with the use of cell phones, computers and social media, according to DeHaven. People are now able to talk to each other whenever they want and wherever they want.

Because of these problems that arise during the talking stage, you get to know a lot more about the person.” said senior Demond Clark. You see how they react to certain things and handle certain situations. You learn how mature they are, or if they lack any maturity whatsoever. But, with technology, there comes the importance of responsibility, as well as a great amount of trust for a couple. This is where the terms side chick and main chick come into play.

There’s always a temptation to flirt with other people because you can do it so easily, but it all depends on maturity and how you handle yourself with your social media,” an anonymous source commented.

A side chick is, as the blunt name suggests, a woman a man is seeing on the side of his relationship with another woman, aka the main chick. Hiding this becomes easy with social media such as Instagram, Snapchat, Kik, Twitter, Facebook as well as iMessage on the iPhone. Snapchat has even come out with an update that blocks you from seeing anyone’s best friends list on Snapchat except for your own. (In case you don’t have Snapchat, it’s an app that allows you to communicate by sending pictures back and forth to friends and your best friends list is whom you interact with most).

I think social media definitely plays a big role in many relationships today, said senior Alex Rose. One mistake, and everything you’ve worked up to with that person can be gone, just like that.

Then, there are the people who aren’t really interested in a relationship with someone and just want the physical aspect of it. This is where Friends with Benefits comes into play.

Friends with Benefits, is also as blunt as the name is. One person is interested in another simply for the physical benefits. It’s not really the best addition to the definition of relationships.

Friends with Benefits in my opinion is just terrible,” an anonymous source commented. It’s degrading to both people in this thing whether they realize it or not.”

In the end, relationships are constantly going to be changing, and for right now, this is what is happening in the dating business. In 10-20 years, we’ll probably look at our children like our parents looked at us. It’s all a part of the life cycle.