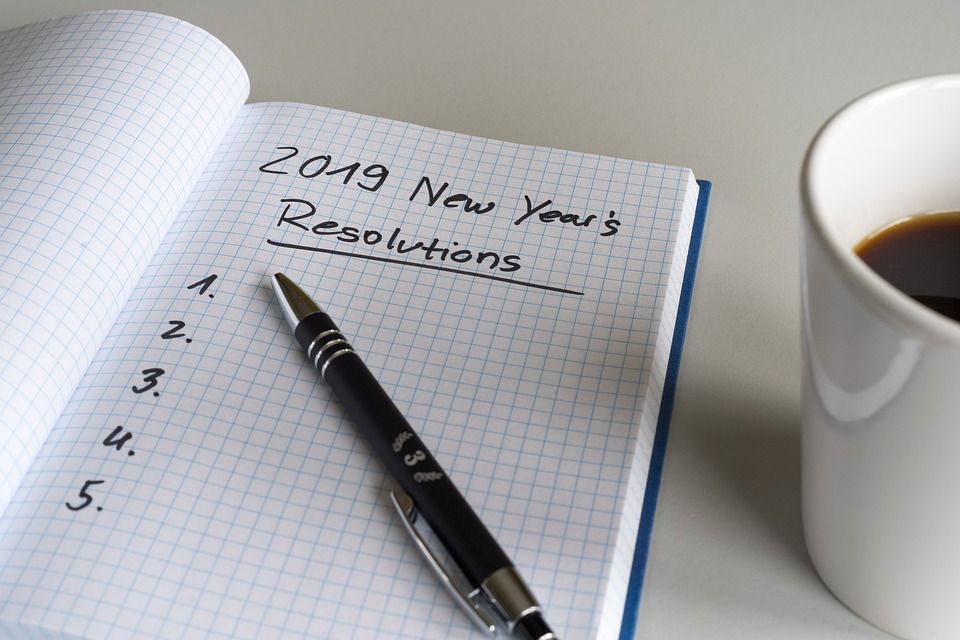 (Photo via Pixabay under the Creative Commons License)

We all know the feeling – waking up on New Year’s Day after promising yourself and others that you would stick to your own resolution, only for you to break it within the first week of the new year.

I have seen (and experienced) that feeling time and time again, and I asked myself this simple question: “How can people stick with that promise for a better you?”

Let’s take a look at statistics. According to a YouGov/Pier Marketing poll, approximately 36% say they were not planning to have a resolution, with almost the same percentage having the classic “losing weight” resolution. Other resolutions people have are more along the line of living healthier, such as working out, eating better, and generally taking care of their appearance.

While an admirable start, how long do these resolutions last? The numbers are quite shocking, according to a recent survey by The Guardian. Of the number of people who were surveyed, here are a couple of percentage statistics.

Please note that the numbers here are people all over the world (not pertained just in the United States) who have given up on their resolutions.

According to dietician Ms. Abigail Wilson, the chief executive of ISOShealth.com, it is only a matter of weeks before the certain resolutions (like dieting in her case) or general resolutions give out; the blame is put on trying to tackle the resolutions all at once.

Even adults at SHS have talked about their resolutions and their way of staying healthy, both mentally and physically. ”What I tell them is that they need to set a specific goal on what you want to achieve,” said health teacher Mr. Elwood Perry. “Next to that is to have a source of motivation to help you continue with that goal.”

Perry explained that many people have difficulty sticking to their resolutions. “I would say New Year’s resolutions go for about a month, a month and a half to February, going off of my experiences,” said Perry. “Gyms slim out at about that time. Motivation is the key to keep resolutions going.”

Sometimes, a person’s resolution isn’t complicated or that involved like with fitness. “I’ve found that I’m incapable of keeping my resolutions,” my grandmother Margie says, “so I made a year-long resolution to be friendly to people I meet and interact with.” Sophomore Adriana Pooler also chimes in by saying, “My resolution is to become more organized, and it is going marvelously. It’s a process – baby steps, you can’t go into your resolution too quickly.”

Another problem with everybody making resolutions at the beginning of the year is that the workout centers tends to be very crowded — at least initially. Gyms that are deserted at the end of December are often packed during the first weeks of January, which makes it difficult to get on the equipment; some people feel uncomfortable if they are forced to work out in front a lot of people.

I’ve seen it with my own family and friends. Even now, my mother is going through a rigorous workout routine as apart of her New Year’s resolution, and I’m proud of her for continuing to be motivated for almost a month now.

My best advice for continuing to hold an interest in a resolution? I like to think of it as the “Three P’s” – Practice, Persistence, and Patience. When it comes to committing yourself to a resolution for the long haul, there is a ton of practice that comes into play.

For instance, if you are starting to work out, you shouldn’t try to do too much because you might hurt yourself, not to mention you might get discouraged. If you don’t practice, you won’t persist through it and your patience will wear thin.

Most of all, take your time. The year isn’t slipping between your fingers, so try to keep your resolutions realistic.

”Start your resolution ahead of time,” sophomore Ammaarah Hassan states, “Don’t wait until the last minute to change your life.”