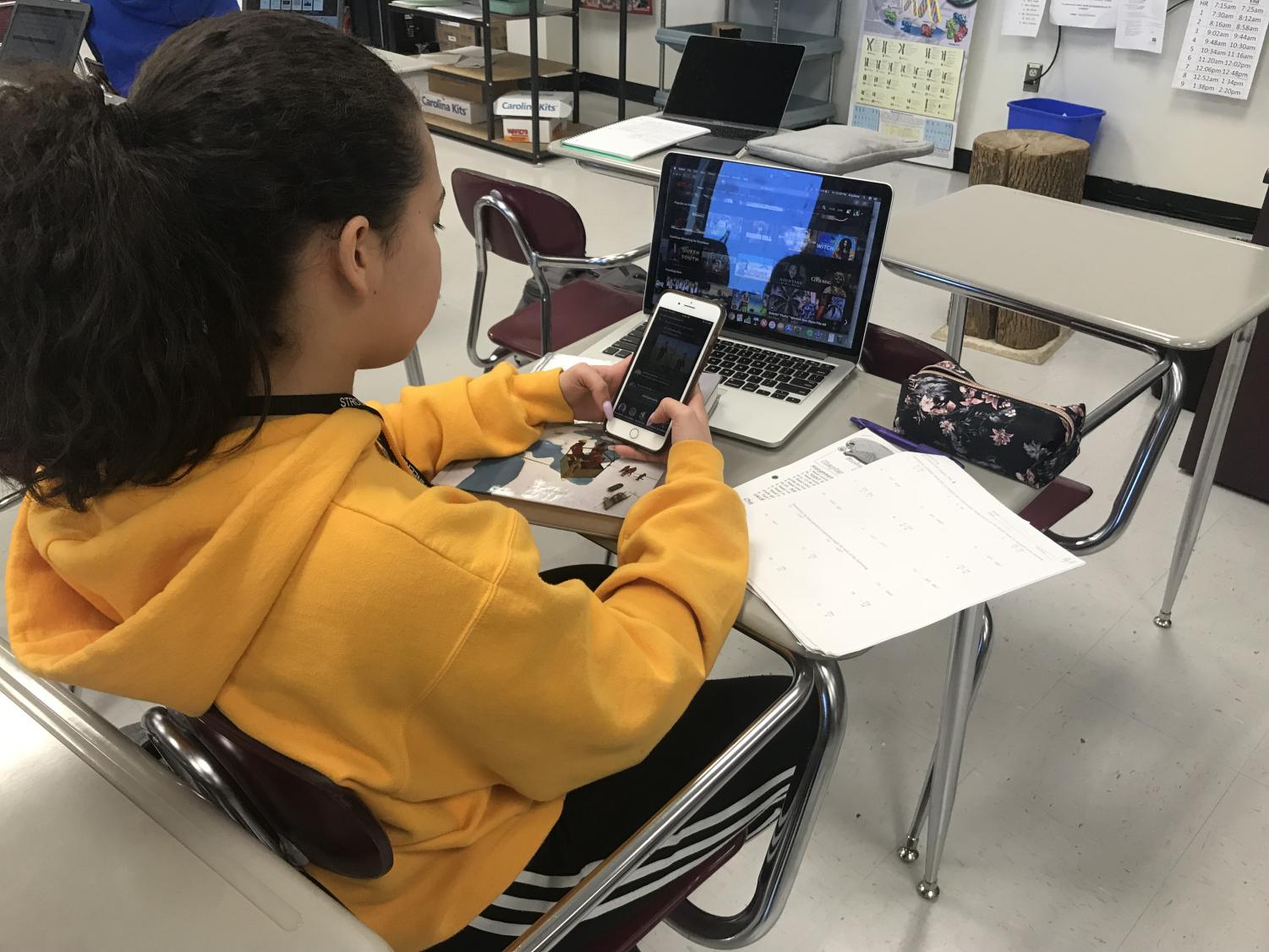 Students tend to get distracted by their cell phones or computers when doing assignments. (Photograph by Alefiyah Vahanvaty)

Students tend to get distracted by their cell phones or computers when doing assignments.

This article was written the night before it was due. Want to know why? Procrastination.

Procrastination is written at the core of every living teenager: it’s ridiculously common.

When walking in the halls of SHS in between periods, voices sound out: “I have a project do tomorrow and I haven’t even started!”, “I’ve been meaning to organize my room for months, but keep pushing it off,”, “Did you finish the essay yet? I know I haven’t.”

But don’t panic; the P word is completely normal. Studies show that 85-95% of students have a procrastination issue of one type or another.

Why do something now when you can put it off for later?”

“I think it’s human nature,” said math teacher Ms. Tracy Krock. “Why do something now when you can put it off for later?”

Humans are complex beings, so it stands to reason that they will procrastinate for all sorts of reasons. 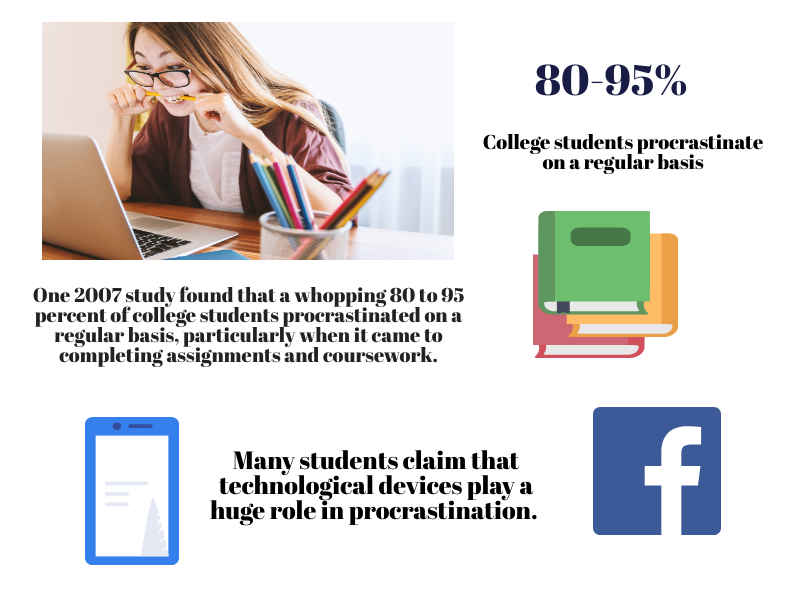 Here are some of the most common reasons students cite: they feel overwhelmed with too much homework, life is filled with too many distractions, they work better under pressure, they think other responsibilities are higher on their priority list, there isn’t enough time in a day, or they simply possess little self control.

Homework is not the only procrastination category out there.  Students also procrastinate in regard to work, chores, self health, personal goals, sibling responsibilities, schoolwork, relationships, and more.

In a survey, 57% said they procrastinate because it gives them a rush, and 43% said it is second nature to them. Neuropsychological and behavioral research, however, theorizes it has to do with the prefrontal cortex of the human brain. There are many theories, and many possible explanations.

“Students spend more than an hour on homework, so it gives them less time for what they actually want to do,” said sophomore Nicole Bellesfield. “They feel that they shouldn’t have to spend so much time at home doing work if they already have to do it all day at school.”

Another very common explanation is the recent increase of technology. Students have more devices, and those devices have more accessible shows, video games, and social media.

“I believe that we  [SHS students] have a lot of access to the internet and technology, so apps like Netflix distract me from my schoolwork,” said junior Ivana Karataseva. “It’s easy to do other things when I don’t want to do the work I was assigned.”

When it comes to procrastination, there are many useful coping tips.

I believe that we  [SHS students] have a lot of access to the internet and technology, so apps like Netflix distract me from my schoolwork,”

“I write things down and I actually do them when I say I’ll do them,” said English teacher Ms. Jennifer Batt.

A second tip is knowing when to complete difficult tasks and when to skip them. It’s easy to get stuck on one goal instead of moving on to do another that’s more time appropriate. A popular theory is to do the hardest tasks first, but sometimes the difficult tasks are a roadblock that causes more and more procrastination. The trick is knowing what’s right for the individual.

A third tip: post a large ‘to-do list’ for writing short and long term goals on a wall. Whiteboards and chalkboards are great for this tip, allowing the list to be easily changed.

I write things down and I actually do them when I say I’ll do them,”

“I have a whiteboard on my wall where I write down stuff I need to do,” said sophomore Samantha Fleitman. “The goal is for the board to always be blank, and when there’s stuff on there it stresses me out.”

Please comment your own issues/feelings/solutions with procrastination below! Students need to know they’re not alone in their own mental wars. 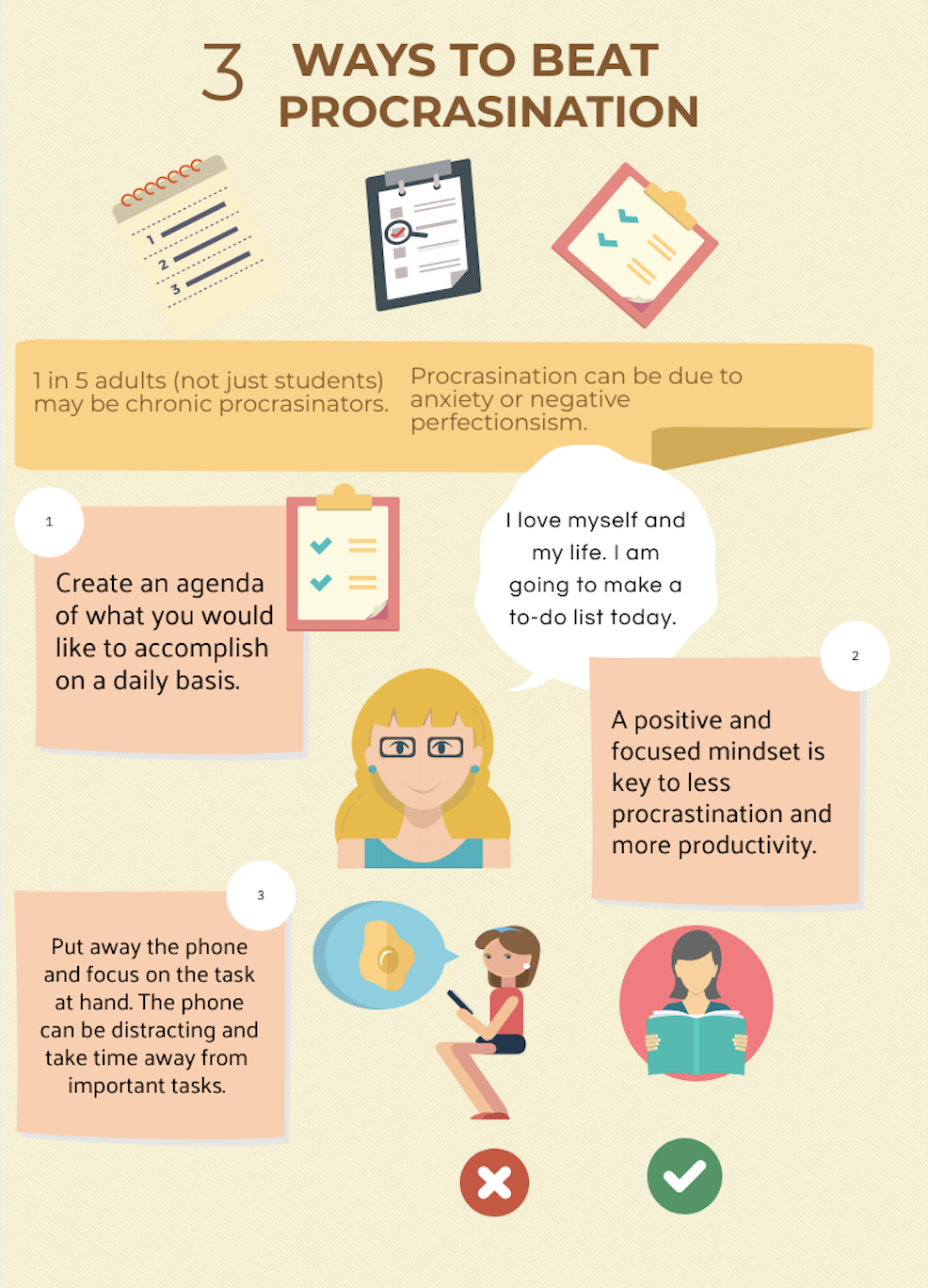