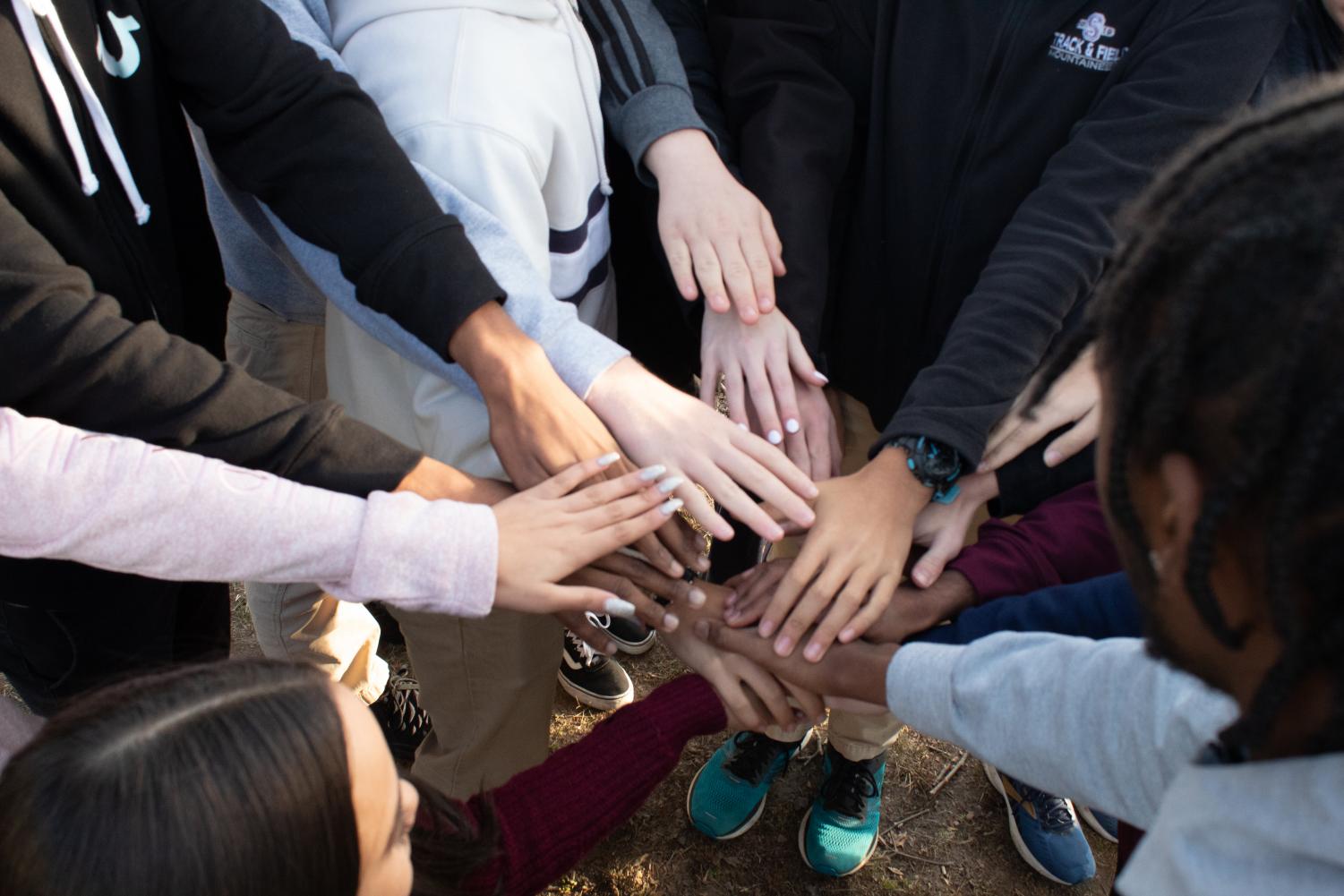 Why we need to be taught how to see race 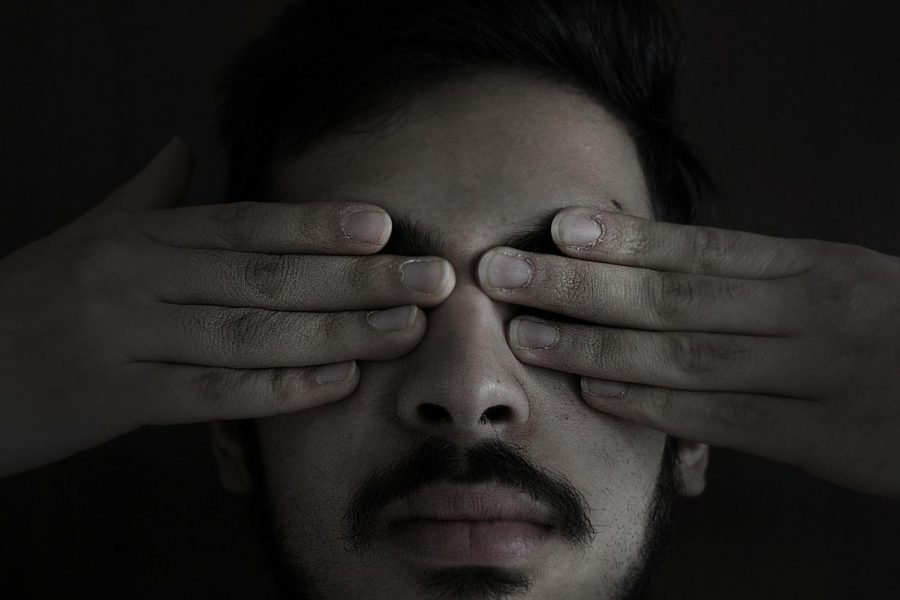 Junior Taha Vahanvaty is pictured, symbolically showing, with his hands, how people should not see color.

Colorblindness. No, not the disease that affects the cones in your eyes. The “colorblindness” I’m referring to is a term that has been used by individuals to describe their refusal to see race.

By saying “I’m colorblind” people don’t actually mean that they can’t see blue or green; rather, they are suggesting that they can’t ever be racist because they don’t think in terms of skin color at all. Becoming colorblind has gained popularity and support in recent years, and its rise is becoming ever more alarming as it inches toward academic institutions, especially public schools.

In public schools across the country, students are beginning to hear more and more teachers identify themselves as colorblind. When teachers say they are color blind, they are usually saying that they do not discriminate and that they treat all their students equally. Of course, no one is arguing that being fair and treating each student with respect is essential to teaching. However, race and ethnicity often play important roles in a student’s identities and contribute to their culture, their behavior, and their beliefs.

Whether we like it or not, the fact remains that children as young as six months of age are developing biases wherein they show a preference for people of the same ethnicity. A study conducted by Oxford social scientists during the 1940s consisted of something called the “framed doll test” in which children ages five to seven years old assigned personality traits to white and black dolls. The results found most children preferred the white doll and labeled it positively, while the black doll was assigned negative words. A more recent study conducted in 2006 by Harvard social scientists confirmed these findings by organizing the experiment.

The reason children start assigning positive and negative attributes to the skin is because small things such as facial expressions, tone of voice, or body language leave racial impressions. Whether it’s white children watching their parents lock their car in a certain neighborhood, or black children observing fear in their parents when they are pulled over, these experiences leave an imprint.

The race of a child affects his or her life. It very likely played a significant role in the lives of their parents, grandparents, and ancestors. It simply can’t be ignored.

“If we have blinders on to the prejudice that exists around our community, we’ll never be able to address it,” said Ms. Cynthia Crowner, a local Presbyterian reverend. After retiring as a minister and theology teacher at Blair Academy, in Blairstown, New Jersey, Crowner focused her work on intercultural and interfaith relations within Monroe County.

Crowner explained why color awareness is important, especially in the school system. “Teachers need to teach students to see race so that they are more equipped to deal with the biases, prejudices, and injustices that exist around us today,” Crowner said.

When race and ethnicity are ignored, teachers miss opportunities to help students connect with the material that is being taught. Recognizing that race and ethnicity influence students’ learning allows teachers to be far more responsive to their individual differences, thereby allowing educators to teach more effectively in the long run.

Teachers need to teach students to see race so that they are more equipped to deal with the biases, prejudices, and injustices that exist around us today.”

While it may be tempting for educators to teach future generations to not dwell on the injustices of the past, it also carries a dangerous message that hurts minority students most.

“I think historically it’s very important to understand the difficulties people of color have felt in this country,” said social studies teacher Mr. Anthony Lanfrank. ” I get how “color blindness” is seeking to fix all the inequities within our society. But teaching that everyone is the same doesn’t erase historical injustices.”

Far too often schools will shy away from teaching their students to see color for reasons such as “The students are too young” or “Talking about injustice will only upset kids.”

However, what schools need to recognize is that by teaching students to not see race, they are ignoring racism rather than addressing it.

“You can’t fix our society if you don’t fix people first”, said Lanfrank, “and the way we do that is by acknowledging history.”

To read more about the dangers of colorblindness please check out the articles published by TED and the Washington Post.

People should not be taught to see color 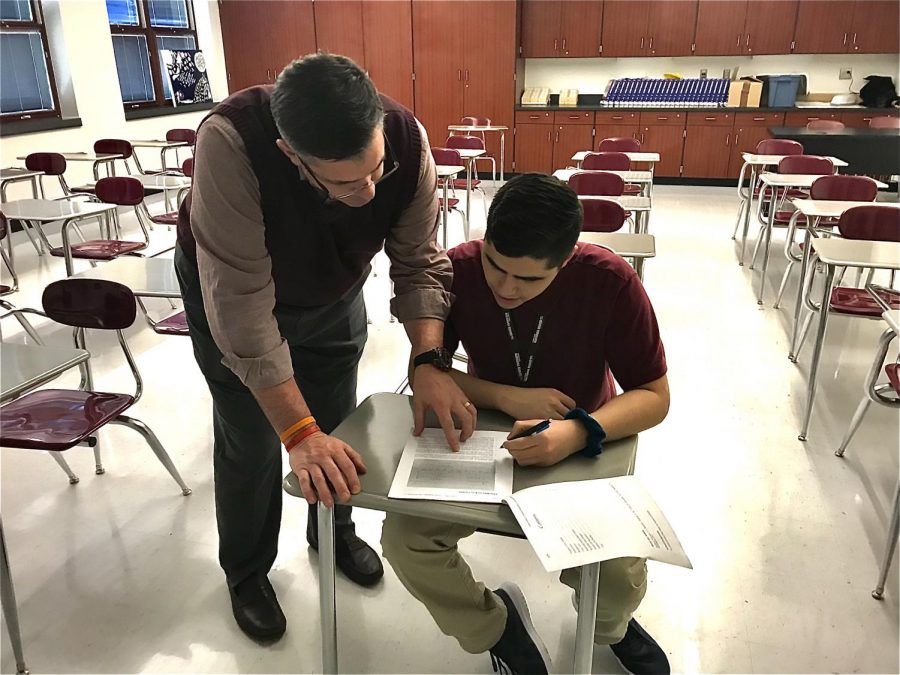 Imagine a society where people were judged based on their personality and merit, where no discrimination existed. It’s an ideal society right? This is completely achievable if we start teaching students to be what is often referred to today as “colorblind”. In other words, people should not be viewed or judged by their ethnicity or race, but rather by their achievements.

Unfortunately, racism and segregation have plagued our society for centuries. While no one is doubting that there is and always will be room for improvement,  it can’t be ignored that numerous laws have been put in place in the United States that have successfully improved the plight of those who have been unfairly treated.

Messages of Caucasians being better than “people of color” were everywhere in our society, and it was almost impossible to escape these notions of color-based superiority. Acts of racial discrimination invaded national television like a virus and many public events had huge displays of this.

However, this mentality was fought by many civil rights activists such as Dr. Martin Luther King Jr. Through their powerful, peaceful demonstrations they were able to lobby the creation of the Civil Rights Act of 1964, effectively ending a large amount of the institutional racism that existed in our country.

It’s all about the heart of that person, not what they look like.”

To say that students should be taught to see color would go against what Dr. King famously said in his I Have a Dream speech: “I have a dream that my four little children will one day live in a nation where they will not be judged by the color of their skin but by the content of their character.”

King’s dream was for people to not be judged on their physical characteristics, but on their merits and personality. This may never be completely achieved, but it is certainly a goal that we all should be striving toward. By teaching students to be colorblind, we can slowly get rid of the discrimination of race and ethnicity in our society.

Racial discrimination is intertwined with American history. Whether it be Jim Crows or slavery, many Caucasian Americans through the years have oppressed other races for a variety of reasons.  Typically, they exploit others because it benefits them financially. These views have gotten passed down from generation to generation and are still ingrained in the psyche of many Americans.

However, the way we address this problem as a society is by getting rid of labels and stereotypes.  If we viewed them as individuals, we would be doing what Dr. King and other civil rights leaders urged us to do.

“Yes, what a student should look at is someone’s personality and how they treat others and you,” said junior Kevin Dotel. “It’s all about the heart of that person, not what they look like.”

A colorblind society throws away racial classification. it’s a society where the color of one’s skin does not limit a person’s opportunities. To be colorblind means that one will ignore another’s race or ethnicity.

One of the most recent examples of how seeing color hurts students is in the form of affirmative action. For those unfamiliar with affirmative action, it’s a practice or policy in which usually colleges/universities favor the acceptance of individuals belonging to groups known to have been discriminated against previously. While such a policy may have been necessary decades ago, it’s ineffective because it is seeking to level a playing field that is already even. In fact, affirmative action ends up hurting the very people it sought to help.

Once California instituted affirmative action within its colleges, the state struggled with affirmative action-induced high failure rates and low grades. Failure rates at state schools were also staggering, with 15 percent of African-American and 17 percent of American-Indian students in academic jeopardy. The reason being is not because students of color are not “smart enough” to succeed at these colleges. It’s because affirmative action often places students in environments where they can neither learn nor compete effectively — even though these same students would thrive had they gone to less competitive but still quite good schools.

However, once California started to implement a race-blind admission policy, focusing solely on merit, they found that grades were higher and dropouts were lower, and between 1997 and 2003, 50 percent more African-Americans and Hispanics graduated with a degree in a STEM field.

To teach students to see color would allow for more racial discrimination as people will inherently be prejudice. Throughout history we see that people of one group will often think they are genetically superior to another, and they will usually discriminate against the weaker group, granting them fewer rights and actually enslaving them, if possible. This is sometimes referred to as tribal mentality or tribalism.

“Tribal mentality is found throughout human history, said psychology teacher Mr. Terrence Smith. “The biggest example is the political spectrum. There are many ‘tribes’ that are a part of the spectrum and they are always at arms with each other just because they disagree about certain policies. The issue is that once someone changes views in a tribe, the other people try to call them back, keeping them in the so-called tribe.”

Do you think society should recognize race?

Of course, tribalism would still exist even if we teach students to be colorblind, but removing racial and ethnic discrimination would certainly be a giant step in the right direction.

Teaching students to be colorblind achieves the goals of the late, great Dr. King, and it can cultivate a more productive society. It may take years to accomplish this, but the end goal is worth it.