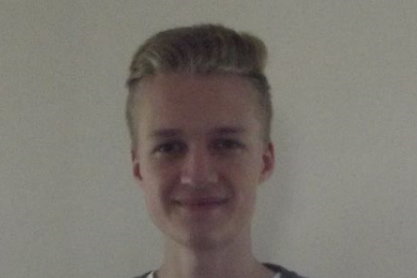 Although Timm expressed that he favored Stroudsburg over his gymnasium in Germany, he mentioned a couple things that he does believe that we could improve. Stroudsburg should take note of Germanyai??i??s timetable system of scheduling, so that students are not taking the same classes everyday. Itai??i??s not as boring and repetitive if students take unique courses throughout the week. Ai??This way of scheduling is more parallel to a college environment, which could also make for an easier transition into a higher education. Additionally, teachers should be more involved in classrooms, and avoid staying at their desk while students do completely independent work. Timm also finds that our dress code is far too strict and unnecessary.

The most prevalent improvement Timm said he wanted to see back home was the modernizing of classrooms. Technology is more included in Stroudsburg, and Timm would like to see Germany utilize programs such as Google Classroom. He also believes his school is too strict on students with cell phones. Additionally, there are no announcements in the morning in Germany, which makes it harder for students to be on the same page. Even though Timm mentioned earlier that Stroudsburgai??i??s scheduling could use improvement, he also finds that the unnecessarily long breaks in the middle of his schedule should be changed to mirror our view of a cohesive school day. Like many of the other GAPP students, he believes that German schools should sponsor clubs, because he finds that they make students more connected with their communities. Surprisingly, he also made a point of mentioning how much better Stroudsburgai??i??s lunches are!